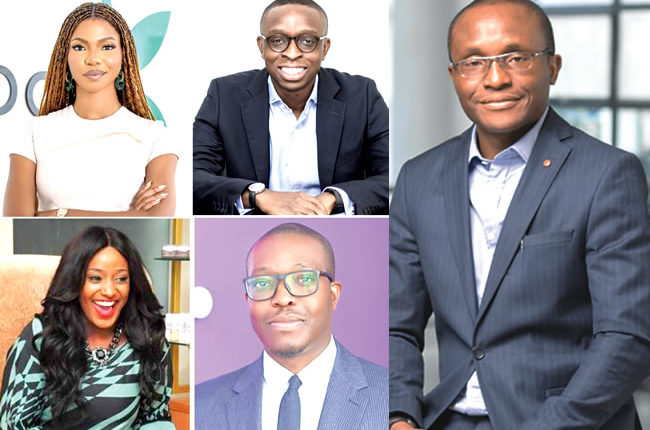 The strength of a leader is in the followership. A leader must have people who follow him, not out of a sense of duty, but out of conviction. That is why John Maxwell says, “He who thinks he leads, but has no followers, is only taking a walk.”

More than any other thing, what draws followers to a leader is his charisma. So, charismatic leaders enjoy more followership than others.

Charismatic leaders are magnetic. Their personality attracts others. Their presence commands attention. Their conduct wows people. Their words are turned into slogans. Their gait is admired by all. Their style is taken as a fad. The charismatic leader is a god clad in mortal raiment. He enjoys a cult-like following and can sway the followers whichever way he chooses.

From the soap box to the pulpit, the boardroom to the classroom, the charismatic leader is idolised. Hence, the assumption by some people that charisma is a gift of divinity found in some (not all) leaders. They say charismatic leaders are born, not trained. Even Max Weber, the German political economist who gave the world the word, defined charisma as “a certain quality of an individual personality by virtue of which he is set apart from ordinary men and treated as endowed with supernatural, superhuman, or at least specifically exceptional powers or qualities. These are such as are not accessible to the ordinary person, but are regarded as of divine origin or as exemplary, and on the basis of them the

individual concerned is treated as a leader.”

But is that the truth? Is charisma the exclusive preserve of some leaders? Are some leaders eternally boxed out of charisma while others inherently possess it?

Charisma is the ability to captivate a person for the purpose of influencing them. The captivation is achieved principally by conferring importance on the other person. Every charismatic leader makes everyone around him feel important by intimately engaging with each individual even if there are one thousand people in his presence. A charismatic leader is able to excite and connect with his audience on the emotional level. This is what brings about the captivation. With captivation achieved, the interest of the individual is arrested. Once the interest is captured, influencing the subject becomes a fait accompli.

The success achieved by a leader is often directly proportional to the quantum of charisma possessed by him. So, every leader who is interested in taking his people from one point to another must endeavour to be charismatic.

Charisma can be learned

In one of the tests, they randomly assigned 34 middle-level managers to a control or an experimental group. Three months later, the managers were reassessed using their coworker ratings. In another test, a within-subjects laboratory experiment, the researchers videotaped 41 MBA participants giving a speech. They were then taught how to behave more charismatically. Six weeks later, the MBA participants were asked to redeliver the speech while independent assessors rated them. The findings show that the training had significant effects on ratings of leader charisma and that charisma had significant effects on ratings of leader prototypicality and emergence.

Making of a charismatic leader

Certain characteristics distinguish charismatic leaders from the rest. Here are some of them.

Audience study has shown that people follow a leader who has an understanding of where he is headed and is able to bring this to life so that others can share in it. Simply put, people follow visionary leaders. They follow leaders who are able to carve a picture of the future with the people having a role in it. Every charismatic leader, good or bad, is adept at this. Why did Adolf Hitler enjoy such an incredible following in Germany? He painted a picture of a Germany that would tower above other countries of the world to the people. If Germany became the best country in the world, of course Germans would be the best nationals.

So, charismatic leaders do not just envision a future, they picture a future in which the people feature or have a benefit. This is what ensures buy-in from the people. Vision is not just about the organization or the leader; it is also about the people. Leaders must always strive to give a thought to their people’s aspirations when casting a vision.

One of the things a charismatic leader has going for him is effective communication. Charismatic leaders often master both verbal and non-verbal types of communication and are able to deploy these effectively to drive home their point. Barak Obama, former American president, comes to mind as a master of this. His best asset as a leader is his communicative ability. Americans talk about the ‘Obama swag’. This is not just about his moving speeches but also about his style of making people feel good while making the speeches. Obama has no qualms about exchanging fist bumps with members of the audience he is to address. He walks freely into a restaurant and enjoys banter with the chef. He publicly displays affection to his wife. All of these are ways of communicating to the people. The message is: the former president is a man just like you. What does this do to the people? It makes them feel good. It makes them feel appreciated. A person may not remember what you said to him, but he will never forget how you made him feel by what you said.

Aristotle identified three elements of communication which everyone who leads or aspires to lead must master. These are: logos, ethos and pathos. The logos is about the facts; leaders must get their facts right. The ethos is about the reputation of the speaker. The speaker’s reputation either makes him believable or not. The third is pathos. This is connecting with the people. This is where charismatic leaders excel.

The second thing he does is that he tries to understand the audience, its nuances and expectations before going out. This knowledge enables him to pass the message across effectively.

Followers look up to their leaders during crises. So, the leader must never give the impression that he is as confused as his followers are. If he does that he loses the respect of the followers.

While Boko Haram attacks were raging in Nigeria, the then President, Dr. Goodluck Jonathan, said if the terrorists had their way they would take over the Presidential Villa and attack him. What kind of message was he passing across to the people? A message of hopelessness!

Shortly after his inauguration, President Muhammadu Buhari lamented that he was too old for the job he begged Nigerians to give him. He said at 72, there was a limit to what he could do about the challenges facing the country. When herdsmen attacked farmers in Benue State, President Muhammadu Buhari, who is the nation’s Commander in Chief asked the people to pray. What message was he sending to Nigerians? A message of despair!

Charismatic leaders never surrender to hopelessness or despair. They always look for the silver lining in a cloudy sky. That is the hope they sell to their people and that is why people always flock around them. The people are not interested in what cannot be done; their interest is in what the leader intends to do about the seemingly impossible thing. That is what gives them hope. Leaders are dealers in hope. Charismatic leaders are hope-doped. Hence, they are able to splatter hope over their people.

Charismatic leaders understand that everyone looks forward to a better tomorrow and will listen to those who raise their hope of a brighter future. So, they try to create a picture of a glorious tomorrow for their people.

Charismatic leaders are masters of people skill. They excel in making people feel good about themselves. They inspire them to bring out the best in them. They show genuine interest in the people and are poised to do all they can to improve the lot of the people. They make the people feel very important. They allow the people to speak and listen with rapt attention. They remember dates and events that are important to the people.

Charismatic leaders are confident without being arrogant. Their confidence is rooted in two things; their knowledge of what is needed and their selflessness. They exude confidence because of their conviction that the path they have taken or what they have embarked upon is a worthy cause and they know that they are not doing it for self aggrandizement. So, they display a level of confidence that pulls people to them. People follow those who know the way, show the way and are willing to lead the way.

To be successful as a leader, being charismatic is sine qua non.

High-altitude leadership: What the world’s most forbidding peaks teach us about success