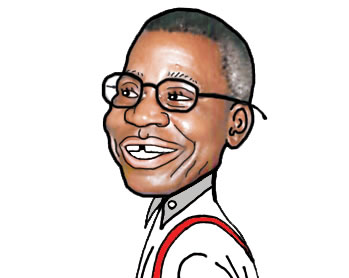 ON the 26th of September of every year, 400 secondary schools in Oyo State celebrate their Founder’s Day. However, there is something unique about this year’s celebration; the schools are celebrating their fortieth anniversary. Eleyele High School, Ibadan (Eleyele Heights), my alma mater, is one of the four hundred schools. These schools tagged “Bola Ige schools,” were created during the administration of late Chief Bola Ige, in fulfillment of the campaign promises of the defunct Unity Party of Nigeria under the political leadership of late Pa Obafemi Awolowo. Chief Bola Ige is deceased, but it would be extremely difficult to diminish or ignore his legacy which has benefited millions of people. Unlike many politicians, the deceased Cicero of Esa Oke delivered on his campaign promises to the people of Oyo State and the current generation of politicians have a lot to learn from his political life. As I sat for the secondary school Common Entrance Examination, with my dad’s guidance, Ahmmadiya Grammar School (now Anwar Islam), Ibadan Boys High School and Ibadan Grammar School, were first, second and third choices, respectively. I did very well in my Common Entrance Examination and was looking forward to my post-primary education.

About two weeks before school resumption, I received the admission notification letter to Eleyele High School. I had never heard the name of the school before then. My family was living in the South West area of Ibadan and I did not even remember knowing where Eleyele was in Ibadan. At that time there was no Google or its equivalent. The admission news was received with a mixed feeling – excited to be going to secondary school but confused – as I knew nothing about the school I was attending, and it had not been one of my preferred choices. For the next two weeks, I was anxiously looking forward to going to this new and unknown school. On September 26th, 1980, Eleyele High School officially opened to new students and I was one of the 120 pioneer students of the school which would later crop thousands of accomplished professionals, successful businessmen and women and responsible global citizens. Eleyele Heights’ temporary site was Ahmmadiya Grammar School and its co-tenant at the same location was Eleyele Secondary School, also another Bola Ige school. Late Mrs. Rowaiye was the inaugural school principal and Mrs. Adejumo was 1D’s class teacher – my class.

At the beginning of the 1981 academic year, the school relocated to our current and permanent location and earned the nickname “school by oju irin” due to its proximity to the rail line. My late dad was a non-academic staff of the University of Ibadan, and his priority was education. It suffices to say that I would still have obtained post-primary education even without the free education of the Bola Ige administration. However, a significant percentage of my classmates completed elementary schools few years ahead of me, but they were not able to go to secondary school not because they were not talented or interested, but because they were indigent, and the available schools had limited capacity. I was one of the youngest in my class. While most of my classmates were two or three years older and had finished elementary education a couple of years ahead of me, a few of them were four or five years older and had already given up on their dream of pursuing secondary education until the free education of the Bola Ige administration. It goes without saying that if they had not embarked on involuntary sabbatical after completing their elementary school, we would not have been school mates talk less of classmates.

It is reasonable to conclude that more people who had lost hope of having post-primary education later joined in subsequent years to take advantage of the free education. In retrospect, I have no regrets going to a Bola Ige school largely because of the lasting relationships built with my classmates and friendship with the junior sets. We are all equal stakeholders on the same mission. Chief Bola Ige was one of the most impactful leaders of our generation. Since its inception in 1976, Oyo State has had 18 governors – from Col. David Jemibewon to Gov. Abiola Ajimobi. Discussion on the best governor of the state is probably debatable and could be easily politicised, but the fact that Bola Ige’s administration gave us free education, in my opinion, differentiates him from others and makes him a primus inter pares.  The schools are strategically located in each and every community, municipality, local government and constituency in Ibadan and across the state. The suburbs and rural communities had their fair share of free education and rural development.I am in no way suggesting that Bola Ige’s free education was perfect or top notch. Of course, there were shortcomings and inadequacies: limited funding, shortage of qualified teachers, inadequate laboratory equipment, the list continues. However, establishing the school provided a much-needed foundation to make education available to the masses, especially the indigent.

Many of the Bola Ige schools have established Old Students Association to give some helping hands to their schools (especially when government alone cannot tackle everything in education sector) by executing various projects. In this respect, Eleyele High School Ibadan Old Students Association (EHSIOSA) continues to answer the clarion call of giving back to its alma mater. We have successfully executed various projects including but not limited to: renovating the school hall, providing borehole facilities, changing the blackboards in all the classrooms to whiteboards, awarding university scholarships for deserving students, and purchasing an industrial lawnmower and landscaping equipment, jerseys for the school soccer team, school uniforms for indigent students, branded notebooks for the student population,  and palliatives for members during the coronavirus pandemic lockdown.

To commemorate our 40th anniversary and in appreciation of the legacy of our Founding Fathers, EHSIOSA has refurbished the Information Communication Technology Center, upgraded and updated the school library with books and study materials. These donations will be handed over to the Ministry of Education officials and school management during the commemoratory event taking place at the school premises on Friday, September 25th.

Betting with your best isn’t always the best bet