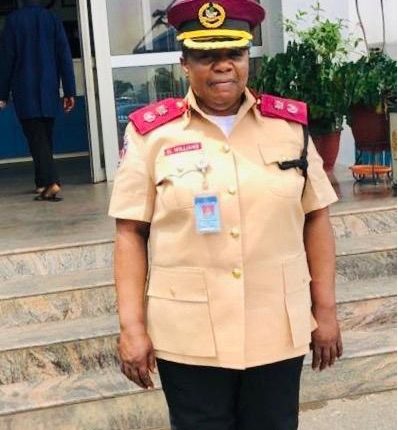 This is contained in a press statement by the Corps Public Education Officer in  the state, Mr Paul Okoduwa in Jalingo.

According to the statement, Williams took over from Corps Commander Frank Okwueze who has proceeded on retirement.

“This is to inform the general public of the deployment of corps Commander Williams as the new FRSC sector Commander in Taraba.

“She takes over from corps Commander Frank Okwueze who has proceeded on retirement,” it stated.

The statement appealed to the public to cooperate with the new sector commander to enable her to succeed in her mandate of ensuring safety on the roads in the state.

Three tricycle operators in court over alleged possession of firearms