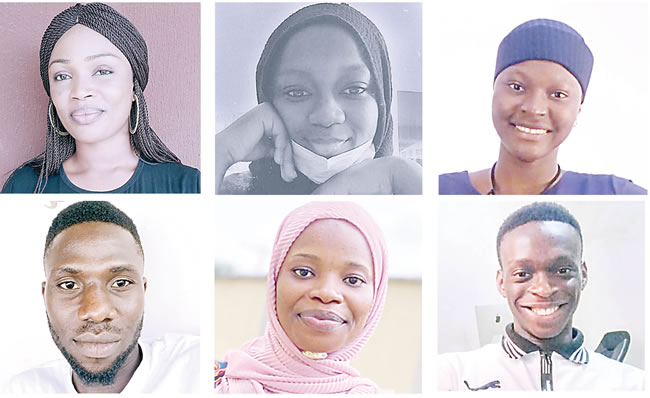 The Silhouette challenge has trended on the social media in recent times, causing all shades of opinions and reactions. Oyekunle Oyesiji speaks with a cross section of youths on what they think of the challenge.

Over the years, the social media have become platforms where youths create their own world of entertainment, networking and business promotion, among others. The emergence of social media applications like Instagram, Whatsapp, Twitter, Snapchat and Tik-tok have created a wide range of channels of communication and bringing together from all works of life users of these platforms to relate together.

With time, trends of various kinds came up. Foreign practices such as baby shower, pre-partum photo-shoots where the ladies show their protruding bellies in different postures with their boyfriends or husbands, and the recording of actual birth process in the hospital have become the new normal among the younger generation.

Different forms of challenges using related hashtags have also surfaced in a trend which has become very popular with celebrities. In this new trend, celebrities often request their fans to do a challenge and in return give out some cash gifts for whichever entry they deemed most outstanding.

Some of these challenges which had trended on social media include ‘Charlie-Charlie, don’t leave me and Buss it,’ among others. However, the Silhouette challenge appears to have moved up on the leaderboard, creating a viral sensation on social media platforms.

The Silhouette challenge started as a form of empowerment and a way for people to feel good about their bodies. However, because human nature often hunger for extremities, the seemingly harmless challenge soon began to tend toward a somewhat depraved gratification, sometimes drawing large followership.

For example, the popular Tiktok silhouette challenge has spawned hundreds of videos with over 150 million views so far. The challenge had emerged as a way for women to embrace their sexuality without revealing too much by striking sensual poses, often in a lingerie and then applying a shady red light filter that hides the body but highlights their silhouettes against a red black background.

The trend also combines a popular transition that has taken over Tiktok in the past year but adds a little twist, using filter and colour to enhance the transition. Also, a seductive part of the trend includes the remix of songs like “put your head on my shoulder” by Paul Anka and “streets” by Doja Cats.

The nature of the challenge itself made it hugely popular among millennials; the more people got exposed to the challenge, the higher the participation and discussions around it.

The Silhouette challenge means different things to different people. While many women see it as an opportunity to reaffirm their womanhood and what they stand for, others have cried out against it seeing it as an extension of foreign practices affecting the socio-cultural life of Africans.

This conflict of cultural has indirectly given much vent to the popularity of the trend. Concerns have already been raised as many people have been trying to edit the videos of the challenge, revealing participants’ nudity by editing out the filter to expose their naked bodies. Though it is impossible to completely remove the filter itself, however, it is still possible to remove the red tint and increase the video’s exposure to unveil a clear image.

Reacting to the silhouette trend, Muh’d Jamiu Soffiyah who is an entrepreneur opined that the challenge is not worth all the attention.

“It’s arrant nonsense to me. It is a sign of the end time. People no longer cherish their nudity; they’re being deluded by the luxury of the world and have forgotten that they’ll be held accountable for all their deeds. In a nutshell, the challenge is misleading the younger generation and that shouldn’t be,” he said

According to Adenike Fadeyi, a fashion designer, the challenge is indecent and not healthy for people’s mental health.

“It’s not healthy for our culture and children, including the fact that our society at large preaches against nudity. When the trend is over, the video and recordings will still be in the heart of social media for unborn generations to watch; people may forget but the internet keeps record of it,” she explained.

Olubori Olumide, a student of Kwara State University, Malete, in his own contribution explained that “the challenge has really gone overboard. It’s more like preaching nudity and indecency. A lot of people have been exposed to these videos, especially the under-aged, which is not good for our society in any way.”

In the same vein, Nusirat Kadir, also a student of Kwara State University, explained that “silhouette means a picture of something showing it as a dark shape on a lighter background, especially when such a picture shows a person’s face from the side.

“That challenge, for me, is just promoting nudity because there is no need whatsoever to showcase cleavages all over the media in the name of a challenge. It doesn’t make any sense and it speaks to the fact that most individuals and youths do not care about how the world sees it and that makes it crazy.

“What is the challenge supposed to promote? No sane individual in his or her right state of mind would take up that challenge and put it up in the social media. If the person is sane enough and puts that up, what are they going to do when their kids do the same? Such act is quite embarrassing and unruly,” she said.

Ebenezer Goodnews is worried that the social media has thrown up different scenarios which are antithetical to our society.

“The challenge is worrying for individuals such as me with some level of morality and understanding. Not just the silhouette challenge; the social media is becoming more and more obscene. The silhouette issue has most definitely brought more objectification on women. It’s instigated by immorality, lust and moral degradation on the part of most young people,” he lamented.

However, not everybody sees the silhouette challenge in the negative light. Isioma Joy is one of those in this category. In her own view, she is of the opinion that, “The challenge is no brainer in whatever way. Freedom abounds in different dimensions and I see it as an opportunity, one of the dimensions of freedom to reaffirm womanhood and sexuality in our society.”

Robiat Issa, a student even sees the challenge as a reaffirmation of womanhood. For her, “the female gender has the right to her own body,” just as she believes that “everyone is responsible for their actions and can decide whatever action suits them best,” though she believes that like every other before it, “the (silhouette challenge) trend will soon pass away.”