SARS men did not learn from training on engagement, says Okei Odumakin 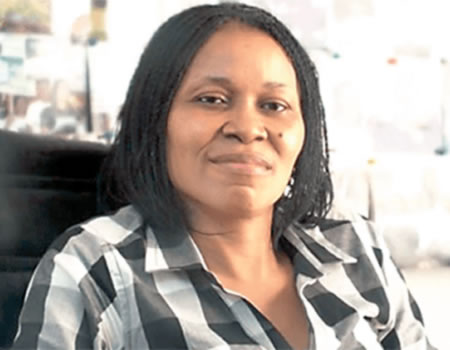 Human rights activist and Convener, Nigerians United Against Terror (NUAT), Dr Joe Okei-Odumakin, has described as saddening that nearly four years after officers of the Nigeria Police, particularly the Special Anti-Robbery Squad (SARS), underwent training on how they should conduct their engagement with citizens, among others, they are still entangled around issues that were raised then.

Okei-Odumakin expressed this sadness on Wednesday in a signed release made available to newsmen in Lagos against the backdrop of ongoing nationwide #EndSARS protests by nations youths over brutality exhibited men of the police unit.

NUAT convener said this as she recalled the intervention made in 2016 by the body through another group led by her, the Women Arise, following the need the body considered appropriate to address continued cases of citizens-police conflicts.

“It is, therefore, saddening that after nearly four years, the police and its personnel are still entangled around issues that have been raised earlier.

“This suggests negligence of previous recommendations of how the police should conduct its engagement with citizens,” she said.

According to Okei-Odumakin, NUAT through the Women Arise also at that point in time of the urgent need to enhance the capacity of officers of the Nigeria Police Force, particularly the Special Anti-Robbery Squad (SARS), on issues concerning their mode of operation and respect for human rights.

“Subsequently, we embarked on nationwide advocacy which eventually culminated in a series of meetings and plannings towards creating a veritable platform to address fundamental issues surrounding SARS activities.

“Hence, an agreement between our group and the leadership of the Nigeria Police on the training of SARS personnel, which held across the 12 zonal commands of the force simultaneously between 19th October and 21st October 2016.

The rights activist said the training, titled: “Humans Rights: Strategies for cordial Police-Citizens’ Relations”, for SARS officers in the 12 Police Zonal Commands aimed at enhancing the capacity of the Nigeria Police Force through training on human rights and citizens’ relations with a view to facilitating respect and defence of the fundamental rights of citizens also aimed to bring about the cordial relationship between the citizen and the police.

“Beyond a reorientation of the Police, it was also our aim to advocate for the eradication of crime and terror in the country by working with the Police and other law enforcement agencies, using training, campaign, education, information-sharing, network-building, and other sensitizations for police/citizens cordial relations to eradicate insecurity in Nigeria,” she said.

Okei-Odumakin, while expressing sadness that efforts made at reforming the police and its personnel had not yielded the desired result, said the situation “suggests negligence of previous recommendations of how the police should conduct its engagement with citizens.”

She, therefore, hoped that the ongoing agitations would ginger the police leadership to address what she termed “these core issues” and genuinely address concerns of Nigerian citizens.

“We do, therefore, sincerely hope that the ongoing agitations will ginger the police leadership to address these core issues and genuinely address our concerns as Nigerians,” she said.

A Kano based industrialist, Chief Kalu Ogbonnaya, has advised the Federal Government to take necessary steps to stimulate the nation’s economy to prevent a recession post COVID-19…SARS men did not learn