Rotary Club donates blocks of classrooms to School in Ibadan 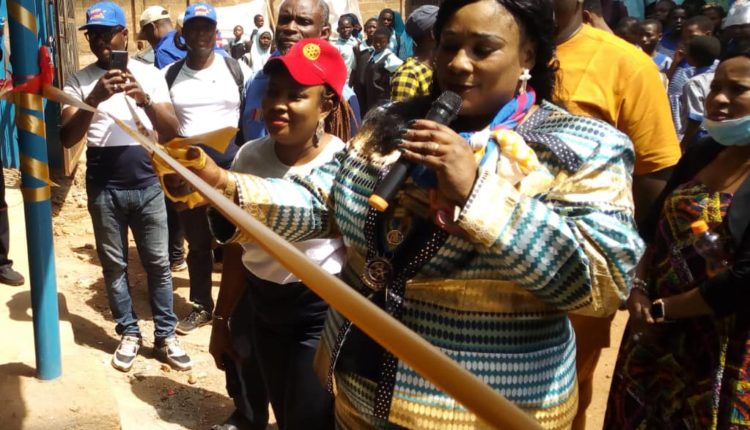 As part of its commitment towards contributing to education, Rotary club of Ibadan, Ologuneru has donated blocks of classrooms to Community High School, Ologuneru, Ibadan.

The project was commissioned by the District Governor, district 9125 Rotarian Jumoke Bamigboye, during her visit to the various  branches of the club in Ibadan.

Speaking during the official opening of the blocks of classrooms the district governor, explained the project isnecessary for the creation of conducive environment of learning for the students of the school.

While she lauded the club’s president for taking up  the project adding that it will serve as succour to the students and staff of the school.

Bamigboye, however call on well meaning Nigerians to join hands in the provision of humanitarian service to the needy in the country.

The president of the club, Rotarian Oluwatosin Adejare, also stated that the projects were embarked upon to give relief to the students of the school having identified the challenges faced by the school.

She also added that the project was also important as it is one of the area of focus of the club.

The Principal of the school, Akinteye Florence,  in her speech appreciate the club for considering the school for such project

She added that the club as come in to help the school at the time they are in need of more classrooms, she lamented that the school which was supposed to have 24 classes only had 9 classrooms for the students with no library and laboratory.

Emiliano Guerrero On Breaking Ground In His Industry

I see myself driving SMEs across Africa through ICT —Olugbenga Ogunbowale, founder of Epower NG