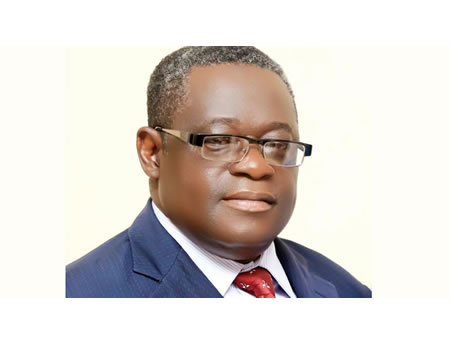 THE General Overseer of Charismatic Renewal Ministries, Dr Cosmas Ilechukwu, and spokesperson of Afenifere, a Yoruba socio-cultural group, Mr Yinka Odumakin, on Friday insisted that the time for Nigeria to restructure is now or the country is at risk of disintegration.

But the Special Adviser to the President on Media and Publicity, Mr Femi Adesina, has accused the opposition of using the calls for restructuring to cause disintegration of Nigeria.

Adesina, who insisted that neither President Muhammadu Buhari nor the ruling All Progressives Congress (APC, was averse to the restructuring of Nigeria, said agitation for the disintegration of the country was unnecessary.

They spoke at the 8th annual lecture series of the Change we NEED Nigeria Initiative, a Non-Governmental Organisation (NGO), with the theme: “Disintegration or Restructuring: which way Nigeria?”

He said: “When we talk of restructuring, we don’t necessarily need to accompany it disintegration because we can talk restructuring and we can restructure and not fall apart.”

“In fact, if we look at the history of Nigeria, there was a time that the various people and communities lived in this space that is today called Nigeria. When the colonial masters came, they formed what was then called the Northern Protectorate and the Southern Protectorate, that was a restructuring,” Adesina said.

He noted that 1914, Northern and Southern Protectorates were amalgamated and the country remained, saying this developed into regionalism, he said was also form restructuring.

He said: “Don’t forget that at a point in this country, we had what is called Diarchy, President Ibrahim Babangida, was at the centre while the military governors were at the states.

“Did we disintegrate? No, we didn’t. This country will be renegotiated, restructured but then, we will not disintegrate.

“This government is not opposed to restructuring but it is against anything that will splinter the country,” he said.

Odumakin, in his remark at the event dismissed Adesina’s comment that call for restructuring was being championed by the opposition.

He said: “Nigeria is currently careering dangerously to the edge of the precipice because we have erected our superstructure on a wrong sub-structure.

“This is at the core of the call for the restructuring of the country so we can return to the spirit of federalism in the 1960 and 1963 constitutions that our founding fathers negotiated,” he said.

The General Overseer of Charismatic Renewal Ministries, Dr Ilechuwu, who, however, said he was opposed to agitation for the disintegration of Nigeria, said it was the responsibility of all Nogerians to work towards a “united, prosperous, just and free Nigeria under one God and for the good of all.”

He noted that the military was responsible for the current situation the country has found itself and that the only way out was for the government to ensure that restructuring is carried out to ensure devolution of powers to the states.