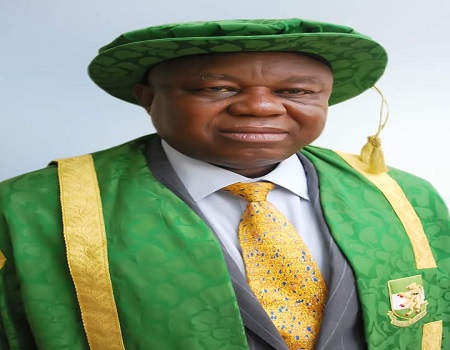 PROFESSOR Charles Igwe has been appointed as the new Vice Chancellor of the University of Nigeria Nsukka (UNN), the Public Relations Officer of the Institution, Dr Okwun Omeaku, has said.

Dr Omeaku in a statement said that the appointment of Professor Igwe was announced on Thursday by the University’s Pro-Chancellor, Chief Mike Olorunfemi, after a transparent selection process by the Governing Council of the university.

Professor Igwe who is the current Deputy Vice-Chancellor, Administration of the university is a professor of Soil Science in the Faculty of Agriculture.

He joined the services of the university in 1976 as a soil survey assistant before becoming an academic staff of the University in 1991 and subsequently rose through the ranks to become a professor in 2003.

He was appointed Deputy Vice-Chancellor (Administration) on April 28, 2016, and was reappointed in 2018.  He once represented the university’s Senate in the Governing Council and had also served as the director of the university’s Advancement Centre.

He will take over from the outgoing vice-chancellor, Professor Benjamin Chukwuma Ozurumba and expected to assume office on June 4, this year.