Latest NewsEntertainment
By Tribune Online On May 24, 2019 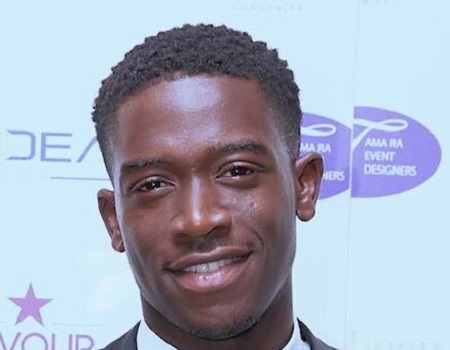 NIGERIAN-British actor, Damson Idris has been cast in the new season of Netflix’s show, ‘Black Mirror’.

News Agency of Nigeria (NAN) reports that his role was revealed in recent sets of character trailers from the show currently buzzing social media.

Although Netflix had previously released a general trailer for the season which featured a small glimpse of Idris, the individual trailers for the three different episodes expand his role.

Idris, who is shown to have quite a major role, appears in an episode of the Emmy-winning show titled “Smithereens” — starring alongside Andrew Scott of Sherlock and Fleabag fame, as well as Topher Grace (BlacKKKlansman).

NAN reports that the new episodes, which will premiere on June 5, will tackle how much influence apps can have on our lives.

In ‘Smithereens’, ‘Black Mirror’s version of an Uber driver comes undone after picking up a passenger (Idris) at the airport.

Guided by the voice on his meditation app that says, “calmly return your attention to the wrath,” the driver eventually pulls a gun on the passenger and holds him hostage.

He had his first big-screen part in 2016 in the British thriller ‘City of Tiny Lights’, starring Riz Ahmed.

In 2017, he made his American film debut in ‘Megan Leavey’ alongside Kate Mara, who plays the title character in the eponymous war film.

Idris also has a part as an FBI agent in the 2018 film ‘The Commuter’ with Liam Neeson; and has been cast in ‘Farming’, alongside Kate Beckinsale.

NAN reports that ‘Farming’ is a semi-autobiographical story of Nigerian-British actor Adewale Akinnuoye-Agbaje, who will also direct.