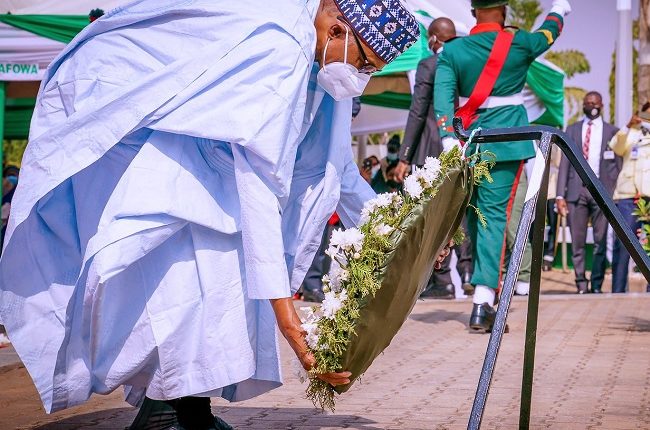 The Peoples Democratic Party (PDP) has observed that the dismissive statement by the Presidency that Nigerians should ‘wait on God’ for solutions to the insecurity in the country is a direct admission of failure by President Muhammadu Buhari.

Making this assertion in a statement issued by Kola Ologbondiyan, National Publicity Secretary, in Abuja on Saturday, the party noted that the remark has “shown clearly that the Buhari administration is completely helpless and has come to its wits end in governance; a development, which validates the position of majority of Nigerians that President Buhari is grossly incompetent and should step aside.”

The PDP maintained that the presidency’s statement further goes to confirm that the Buhari’s administration has “outlived its usefulness, if it had any, and that the promises and assurances made by President Buhari, on the fight against insecurity amount to mere lip service,” the PDP further declared.

“While we believe in the powers and interventions of God, our party restates that such comes with the commitment, determination and show of responsibility on the part of those in leadership position; an obligation in which the Buhari Presidency has completely failed,” the PDP added.

The main opposition party said it finds it disturbing that while the nation passes through this trying time, “officials of the Buhari Presidency are shamelessly alluding to how they sleep in comfort of their homes “ensconced in the tender bosom” of their ‘wives and girlfriends.’

“This is even more distressing coming from the office of the Commander in Chief, who had failed in his promise to lead the fight against terrorists from the fronts.

“It is however instructive to note that the Buhari Presidency acts as if it is not in sync with the reality of our nation.

“It appears that it does not appreciate the situation in which terrorists, who had been pushed to the fringes, before President Buhari took over in 2015, had now resurged to hold our nation to ransom under his incompetent watch.

“Instead of this dismissive stance, our party calls on President Buhari to brace up for leadership as required by God, take steps to equip our security system, sort out issues of welfare of our men on harm’s way; and replace his service chiefs, who have apparently become fatigued, with more competent hands to tackle the security challenges of our nation.

“Moreover, the overwhelming position by Nigerians today is that if President Buhari cannot review his parade, the service chiefs themselves, having seen that they are outliving their usefulness, should voluntary vacate their offices in the interest of our nation.”

The PDP, however, urged “our gallant and patriotic young men and women in the fronts not to be discouraged by such unguarded statements emanating from certain officials of the Buhari-led APC administration, who appears not to appreciate the sacrifices being made by our troops for the security of our nation.”