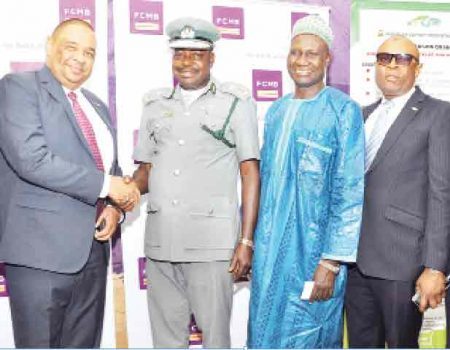 If the planned ungrade of its refineries are ‘‘achieved, in the next 18 to 24 months, the Port Harcourt Refining Company (PHRC) will generate at least N1.3 trillion annually into the Nigerian economy.

Already, operating at 60 per cent installed capacity, the company made an operating margin of N12.65 billion in 2016 up from the paltry N2.26billion it achieved in 2015.

Making these revelations on Thursday in Port Harcourt, Managing Director of the PHRC, Bafred Enjugu, said the feat was made possible by the doggedness and sacrifice of the management and staff of the refinery who dug deep inwards and brought the refineries back to life.

He explained that foreign experts had pronounced the two refineries with combined capacity of 210, 000 barrels per stream day (pdsd) as scrap but that it took some 236 staff of PHRC working for 93 days, adopting local technology and incident free to resuscitate the refineries.

“On the 21st of April 2016 they (PHRC) staff took up the challenge, but as I speak with you now, that refinery is churning out product”, the Managing Director stated.

He added that at a point, the company ran out of cash but the staff contributed personal funds to ensure that the job was completed.

Enjugu announced that a move between the company and Eni to upgrade the refinery to run at full capacity within the next 18 to24    months if it would be able to get sufficient crude.

He also informed that a great relief might be on the way of the nation’s highly traumatized aviation sector in the area of availability of cheap Jet-A1, otherwise known Aviation Fuel, as the

refinery was set to begin production of the key product in about one month from its newly rehabilitated 60,000 barrels per stream day (bpsd) Old Port Harcourt Refinery (OPHR).

Enjugu announced that the Port Harcourt Refinery, with a 210,000 bpd combined production capacity, has been producing at 60 percent installed capacity for couple of months; and has been getting ample crude oil supply from the Bonny Pipeline terminal, which transports crude across 55 km.

The PHRC managing director also informed that the refinery, as well as most of Nigeria’s three refineries were built with full facilities to produce all petroleum products including Jet-A1. But said the problem why they have not been producing stems from lack of political will by Nigeria to get things going at its refineries.

Indonesia to build refinery in Nigeria