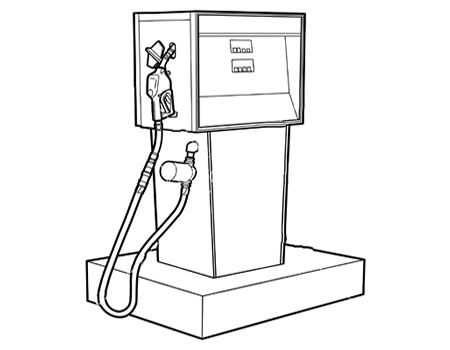 NIGERIANS, particularly the underclass, are currently confronted with a double whammy – another final withdrawal of petrol subsidy and a higher tariff on electricity which is more unavailable than available.  Nigeria is indeed a land of contradictions in which promises are made and broken unabashedly and in which the political manifesto is not worth the paper on which it is written.  It is a country in which great expectations have gone awry.  The glory lies in the past as the present is being lamented and there are apprehensions about the future.  The focus of this piece is essentially on petrol price.  The reference made to electricity is only tangential.  Just a few decades back, most of the vehicles plying Nigeria’s roads were assembled in the country.  The existence of the assembly plants gave rise to the establishment of ancillary industries which were producing tyres, batteries, wind shields, brake pads and other vehicle components and offering employment, direct and indirect, to hundreds of thousands of people.  They have all become history and a sad reminder of the glorious past to which Nigerians now cast their minds back with nostalgia.

Nigeria has not only made a mess of the automotive industry.  It has been making a greater mess of the bounty of nature – the oil on which the vehicles run. The crude oil that has brought about a remarkable difference in the life of other oil-bearing countries has been a source of woes to Nigeria.  The sixth largest oil-producing country in the world has the unenviable uniqueness of being the only member of the Organisation of Petroleum Producing Countries that lacks the capacity to process the commodity for its own domestic  consumption. As a cushion against the effects of high prices of imported finished products, Nigeria resorted to subsidy which should have been a stop gap measure while putting in place adequate refining capacity.  For political reasons, it adopted the knee-jerk policy of uniform fuel prices in every part of the country.  It created a Petroleum Equalisation Fund to reimburse petroleum marketing companies for losses suffered for selling fuel at the same price countrywide. It did not take a long time before it became manifest that the policies were unsustainable in Nigeria’s capitalist economy.  For 50 years, successive governments have been hiking prices in the name of subsidy removal while leaving the central problem of fuel importation unaddressed. The humongous amount cumulatively spent on the Turn-Around Maintenance of its four moribund refineries has been money down the drain.

Under the new order of rapid price adjustments, the N162.00 per litre price of petrol has ignited condemnations and protests.  So it was when the Goodluck Jonathan administration raised the price of petrol from N65.00 to N141.00 in 2012.  The argument then was that the contentious subsidy and the attendant corruption had been removed. The subsequent protests compelled the government to scale down the margin of increase.  When the present government jacked up the price of the product in 2016, the reasons given were a rehash of what Nigerians were told four years earlier under Jonathan.  The Buhari administration went further to describe fuel subsidy as a scam only to start paying the same subsidy later under the euphemism of ‘’underrecovery’’. An interplay of factors – political considerations, incompetence and insincerity – has beclouded the management of Nigeria’s oil industry.  This is why generations of Nigeria’s leaders have been comfortable with the practice of exporting crude oil and importing its refined products which can be likened to exporting yam and importing yam flour. The situation has been further aggravated by the fact that the process of importation is ridden with unfathomable corruption.

In the past, fuel price hikes were effected in response to higher prices of crude oil on the international market.  At the time the Jonathan administration raised the pump price to N141.00 per litre, the price of crude oil was more than $100 a barrel.  Now, there is a new normal – rapid adjustments and aggravated hardship.  The present government has to explain why Nigerians must pay N162.00 for a litre of petrol when the world market price of crude oil hovers around $46 a barrel.  What is the present landing cost?  What will be the pump price when and if the price of crude oil rises to $80 or $100.  How genuine is this so-called deregulation when the government insists on uniform prices in every part of the country in blatant disregard of the cost of transportation which is an integral part of the cost and process of production?

Lack of refining capacity in a major oil-producing country is a glaring evidence of leadership failure for which the ordinary people are being made to pay.  The argument, ad nauseam, is that fuel subsidy is not sustainable.  How sustainable are the unconscionably high cost of governance, and the obscene pensions being enjoyed by former political chief executives? How sustainable is their opulent lifestyle at the people’s expense. Fuel subsidy is being viewed as an economic sacrilege in a world in which agriculture, health, education, and other services are being subsidised even in advanced economies.  It does not require the services of a soothsayer to discern that the new order of rapid adjustments in the pricing of petrol will aggravate the hardship of the hoi polloi in Nigeria’s road-driven economy.