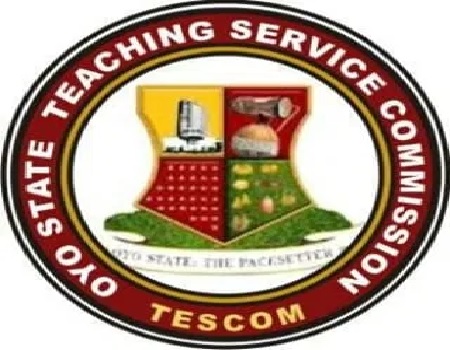 The Oyo State Teaching service commission (TESCOM) has released the list of 5,000 successful applicants of the teaching exercise of the commission.

This was divulged by the Executive Chairman of the commission, Pastor Akinade Alamu, on-air, on Thursday, during an interview with Fresh Fm.

According to him, the 5000 successful candidates were selected from the 6300, candidate who participated in an oral interview conducted by the commission in July.

The chairman stated that 9 per cent of the selected candidates include non-indigene of Oyo State.

Alamu noted that candidate can log in to the portal with their mobile number to check for their names.

He, however, reiterated the commission’s commitment towards ensuring a transparent means of selecting the successful candidate.

He further stated that the oral interview for the applicant of non-teaching who scored above 50  will begin by next week.

Alamu also revealed that an oral interview for 7000 qualified candidates for the non-teaching aspect will be divided into two batches.

While he noted that the commission will be recruiting 4000 successful candidates among the 7000 qualified candidates.

PHOTOS: How Oando tank farm in Lagos went up in flames