USElection2020: Is it Trump or Biden? 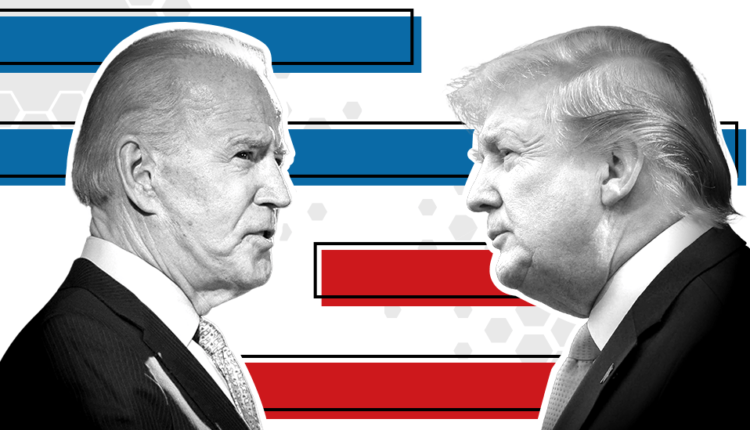 As the global hegemon decides which candidate becomes its new leader, DANIEL ABEL takes a look at how the electoral process would go and what each candidate offers

The US election is unique because voters decide state-level contests rather than an overall single national one. Meaning to be elected president, a candidate must win at least 270 votes in what’s called the electoral college.

The electoral college refers to the group of presidential electors required by the United States Constitution to form every four years for the sole purpose of electing the president and vice president of the United States. There is a total of 538 members of the US electoral college and each US state gets a certain number of votes partly based on its population.
Notably, California has the most electors (55), while not so populated states like Wyoming, Alaska and North Dakota have the minimum (3).

According to BBC, as of press time Biden was leading the national presidential polls.

What are the National presidential polls?
The National polls are a good guide as to how popular a candidate is across the country as a whole. Although they’re not necessarily a good way to predict the result of the election.

For example, Hillary Clinton in 2016 led in the polls and won nearly three million more votes than Donald Trump, but she still lost due to the electoral college system.

Biden however currently holds a clear advantage over President Trump across four of the most important presidential swing states, a new poll shows. He is ahead of Trump in the Northern battlegrounds of Wisconsin and Pennsylvania, as well as in the Sun Belt states of Florida and Arizona, according to a poll of likely voters conducted by The New York Times and Siena College. His popularity is most pronounced in Wisconsin, where he has an outright majority of the vote and leads Trump by 11 points, 52 per cent to 41 per cent, New York Times reports.

Notably, Biden’s performance across the electoral map appears to put him in a stronger position heading into Election Day than any presidential candidate since at least 2008, when in the midst of a global economic crisis Barack Obama captured the White House with 365 Electoral College votes and Biden at his side.

Trump’s weakness in many of the country’s largest electoral prizes leaves him with a narrow path to the 270 Electoral College votes required to claim victory, latest national presidential polls revealed.

Currently, in the closing period of the campaign, Biden has a modest advantage in Florida, where he is ahead of Trump by three points, 47 per cent to 44 per cent, a lead that is within the margin of error. He leads by six points in both Arizona and Pennsylvania. In no state did Trump’s support climb higher than 44 per cent.

Campaign promises
President Trump held rallies in Iowa, Michigan, North Carolina and Georgia, and Florida.
how the electoral process would go and what each candidate offers.
Biden

ALSO READ: Nigeria has been recycling people who have nothing to offer as leaders —Olafemi, ex-Kogi acting gov

In Michigan, Trump boasted under his leadership the state’s car manufacturing industry had been revived.

“The economy is now growing at the fastest rate ever recorded,” he claimed.

The US economy saw record-breaking 33 per cent growth in the third financial quarter of this year, follow- ing a record 31 per cent contraction in the second. But economists warn the damage inflicted by the pandemic the biggest decline in the US economy in more than 80 years could still take years to overcome.

At Iowa rally, Trump promised secure borders and more conservative judges in the courts.
Addressing COVID-19, he told supporters they had a choice between a “deadly Biden lockdown” or “a safe vaccine that ends the pandemic”.

Meanwhile, Biden at a rally in Philadelphia, addressed the city’s black community, vowing to confront “systemic racism” in the US and attacking the president’s handling of the pandemic something which has disproportionately affected African Ameri- cans.

“It’s almost criminal the way he’s handled it,” he said. “It’s a mass casualty event in the black community and it’s totally unnecessary.”

Via a tweet in Spanish, Biden earlier appealed to Latino voters, speaking of the separation of migrant families at the border and Mr Trump’s “indifference” to the suffering of Puerto Rico after Hurricane Maria struck in 2017.

Biden’s campaign said he would “fan-out” to “all four corners” of Pennsylvania on Monday, joined by the pop stars Lady Gaga and John Legend. The Democratic challenger will also go to Trump Ohio.

Additionally, both candidates have offered different policies on several major issues. Addressing coronavirus outbreak, Trump set up a task force in January which he says has now shifted its focus to “safety and opening up our country”.

The president is also prioritising the speedy development of COVID treatments and vaccines, directing $10 billion towards such projects.

Biden wants to set up a national con- tact-tracing programme, establish at least 10 testing centres in every state and provide free coronavirus testing to all. He supports a nationwide mask mandate, which would require face coverings to be worn on federal property.

Similarly, on climate change, Trump has offered to expand non-renewable energy, and he has committed to withdrawing from the Paris Climate Accord. Biden however, says he would immediately rejoin the Paris deal, and he also wants the US to reach net-zero emissions by 2050.

Speaking on the economy, Trump has pledged to create 10 million jobs in 10 months, as well as one million new small businesses. He wants to deliver an income tax cut, and provide companies with tax credits to incentivise them to keep jobs in the US.

BBC reports that Biden wants to raise taxes for high earners to pay for investment in public services, but says the increase will only impact those earning over $400,000 annually. He supports raising the federal minimum wage to $15.

Foreign Policies
Many are of the view that President Trump administration has put the
United States’ relations with institutions and governments in the rest of the world on a fragile state.

Trump in 2017 withdrew the United States from the Trans-Pacific Partnership (TPP) and the Paris Agreement on climate. Similarly in 2019, the United States ramped up cries about a “trade war” with China, raising tariffs on Chinese goods and imposing restrictions on Chinese companies. This year, in addition to ceasing funding of the World Health Organisation (WHO) amid a global pandemic, the United States involved itself in a number of Is- rael’s bilateral relationships, including those with the United Arab Emirates (UAE), Bahrain and Sudan.

On the subject of troop deployments, Trump has called for a complete withdrawal from Afghanistan to end United States’ longest war. Earlier this year, Trump decided to withdraw 12,000 American troops from Germany and relocate United States military’s European headquarters from Germany to Belgium. According to Firstpost, this has been considered by many as a strong rebuke to Germany, a close American ally.

Also, Trump withdrew from a number of significant international alliances, including from UNESCO for having an “anti-Israel bias”, from the Iran nuclear deal to restore harsh sanctions on Iran.

Biden on the other hand has revealed his intention to reverse many foreign policy measures undertaken by the Trump administration and “restore leadership on the world stage.”

Biden plans to make amends by bringing multilateral pressure to bear on the Chinese government. He also wishes to mobilise pressure on Beijing to improve its behaviour towards the Uighur citizens and towards Hong Kong.

In North Korea, Biden pledges to restart Washington’s negotiations with Pyongyang. He plans to achieve this through a “sustained, coordinated” campaign with American allies, among which he includes China.

The former vice-president welcomed the United States-brokered peace and economic deals concerning Israel, UAE and Bahrain which were signed in the White House in September. 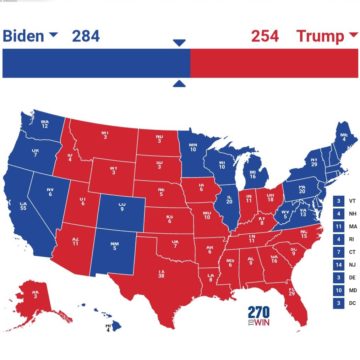 On troop withdrawals from abroad, Biden said his administration would bring most American troops home from Afghanistan and West Asia while continuing on a narrower mission on the Islamic State and al Qaeda. He also plans to end American support for the Saudi Arabia-led war in Yemen, which Trump has defended.

Biden pledges to restore some of the United States’ relations with global organisations, relationships that were strained or severed under Trump. If elected, he promises to rejoin the Par- is climate accord and the WHO, and strengthen alliances like NATO.

Campaign wrap up
Trump according to Reuters, will wrap up his campaign in Grand Rapids, Michigan, the same place he concluded his 2016 presidential run with a post-midnight rally on election day.

Biden, running mate Kamala Harris and their spouses spent most of their Monday in Pennsylvania, splitting up to hit all four corners of a state that has become vital to the former vice president’s hopes.

Biden had also rallied union members and African-American voters in the Pittsburgh area before being joined for an evening drive-in rally in Pittsburgh by singer Lady Gaga.

He also visited bordering Ohio, spending time on his final campaign day in a state that was once considered a lock for Trump, who won it in 2016, but where polls now show a close contest.

Former President Barack Obama, whom Biden served as vice president for eight years, held a get-out-the-vote rally in Atlanta on Monday before closing out the campaign in the evening with a rally in Miami.

Biden has wrapped up the campaign on the offensive, travelling almost exclusively to states that Trump won in 2016 and criticizing the president’s response to the coronavirus pandemic, which has dominated the race.
If no candidate wins the majority?

It is important to note that if none of the candidates is able to gather the majority of the vote, the House of Representatives, the lower house of US lawmakers, will then vote to elect the president.

Notably, this happened once, in 1824 when four candidates split the electoral vote, denying anyone of them a majority. However, two parties currently dominate the US system, reducing the possibility of this scenario happening to zero.

People as centrepiece of governance

My son, arrested in 2019, not seen till date, petitioner tells Delta judicial panel