Omisore and the shape of things to come 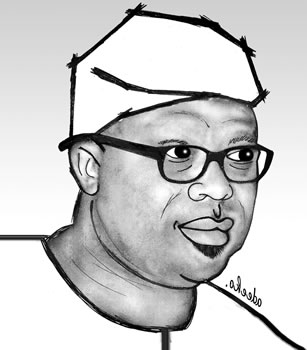 The Second World War between 1939 and 1945 took a dramatic turn after the United States of America threw its mighty weight into the fray. The US had been neutral until the Japanese forces, allies of Nazi Germany, launched a treacherous attack on the American fleet at Pearl Harbour in Hawaii. The hostilities were limited largely to the European theatre, with the Nazis overpowering territory after territory. But once the Americans stepped in on the side of the Allies, the story changed.

British author, Professor H. A. Davies, captures the picture in his book, An Outline History of the World. He said: ‘’The industrial might of the United States had again been a decisive factor, and the discovery and use of a new and terrible weapon, the atomic bomb, brought a sudden and fearful end to Japanese resistance…The map of the world was again greatly altered.’’

Nigerian political watchers with a cutting appreciation of history are also saying that with the move of OtunbaIyiolaOmisore from the Social Democratic Party, SDP, to the governing All Progressives Congress, APC, in the State of Osun, the political calculus is bound to change eventfully to improve the fortunes of APC in any electoral battle. They predict that just as there was a noticeable equilibrium tilt in favour of the Allied Forces when the Americans brought in their military might in the Second World War, Osun APC will also begin to witness added clout in the polls ahead.

Although it cannot be controverted that ballot triumph is at the behest of the electorate in the long run, we must not underrate the role of individual heavyweights. They sway the votes of the masses that ensure poll success of political parties.

In the case of Omisore, he is offering APC a massive political capital drawing from an enviable past. He was the Deputy Governor under Chief BisiAkande from 1999 to 2002, a period that saw a progressive administration in Osun State. Omisore has also been a lawmaker, representing Osun East in the Senate of the Federal Republic of Nigeria for two terms. These are no mean achievements in Nigeria which has a climate with a disturbingly high mortality rate. Scandals scuttle the ambitions of politicians to make them unfit for future engagements in public service.

State of Osun Governor, GboyegaOyetola attests to the utility potential of the new APC member. Oyetola described the coming of Omisore as ‘’ historic feat’’ and the landing of a ‘’big fish’’.  He recalled how Omisore, then a gubernatorial candidate himself, supported him in the critical governorship rerun in 2018 and said: ‘’With this defection, our long-standing courtship has now been consummated and we are certain that it will yield rewarding political fruits in Osun. His supporters have followed him into the party and what we have now is a fusion of the two parties. So, this is indeed historic.’’

Truly, Omisore has made a strategic decision at a point in the history of Osun when most observers, from within and outside, are applauding the government of Oyetola for its giant strides in meeting the needs of the people. They say he is the right leader for the moment, especially as the citizens are set to go to the poll next year.