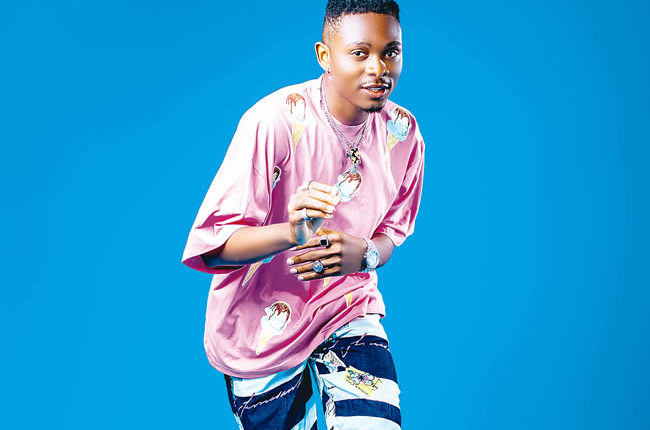 It’s the season of new acts, new sounds and movement on the music scene with top music acts and the young minds pushing their crafts beyond the shores of Africa and selling their brands to the world.

With new acts registering their names on the minds of music lovers, fast-rising singer and songwriter, Destiny Marshal looks set to put his music on the lips of Nigerians as he hopes to build his fan base from home before taking it beyond the Nigerian scene.

Born and brought up in Lagos, Marshall who is also a rapper in an interactive session with R  said he’s blessed with 20 different voices, adding that he’s a superstar-in-waiting.

The Delta State-born singer revealed how he started his music career in music production before making the switch to singing and rapping.

He described his type of music as a blend of Afro-pop and sometimes, Rap, saying he likes to diversify and show his fans how versatile he could be when it comes to handling the microphone.

“My style can go all the way from Afro-pop to alternative. This is what I refer to as ‘crypto songs or theme songs,’ my own special recipe mix-match of pop, rap and hip-hop with a feeling of house music.”

Speaking about his latest song entitled “Voice of Marshall”, the rapper said he’s enchanted with the voice of gold and top-notch lyrics, just as he uses his unique voice ability to imitate A-list artistes.

His new video was directed by one of Nigeria’s fast rising cinematographer, Director Tucci.

He listed Eminem, MI Abaga, Hopsin, Drake, Adele, Justin Bieber and Maroon 5 as his major musical influence, among many others.

Omisore and the shape of things to come