NWC has done the right thing in Ekiti PDP —Kolawole 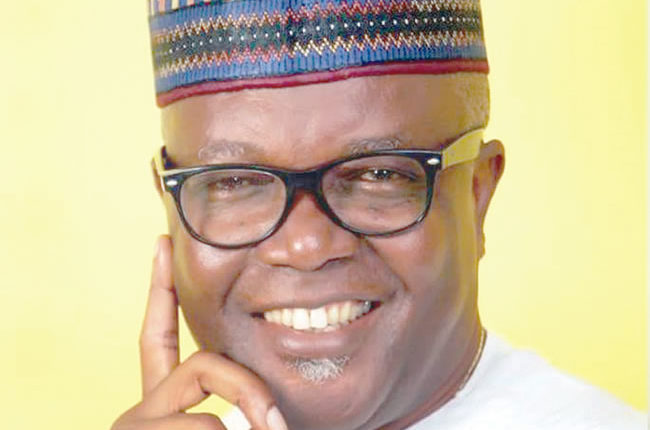 Fractional Chairman of the Peoples Democratic Party (PDP), Chief Bisi Kolawole, tells ‘YOMI AYELESO in this interview that he remains the duly elected chairman of the party and that the National Working Committee (NWC) had done the right thing in resolving the crisis in the party. Excerpts:

The congresses of the party in the state generated series of controversies, especially the state congress where two chairmen emerged. What is the stand of your group?

What you see is a bunch of people who felt disgruntled about a duly conducted election. You don’t call something parallel when you resorted to illegality. I wonder if you can just conduct a congress on your own. There is a body from the national working committee that has the authority to conduct congresses and if you sat in a beer parlour and said you are doing a parallel congress, it is just entertainment. No one recognises what the Olujimi group has done; the national secretariat does not recognise anything they have done. They are just disgruntled and that is the way of registering their protest and they cannot perform any official duty. They are just grumbling behind the scene and whoever believes in the interest of the party will queue behind me, being the recognised chairman PDP in the state.

In the entire crisis, two prominent leaders of the party, that is former Governor Ayo Fayose and Senator Biodun Olujimi have been mentioned as the masterminds. What is your reaction to it?

It is only Senator Olujimi that understands what she is doing. I wonder if you can compare a two-term governor of a state with a senator, and don’t  forget the fact that we had two former governors (Fayose and Chief Segun Oni) in the congress that produced us. You cannot compare a senator with a former governor under any condition and she controls a senatorial district with about six local government areas. Let me say this again that the issue of leadership is not in contention here because she can’t compare herself with Fayose who has led the state twice. A situation where you have another former governor working along with him, that gives you the signal where the authority is and if you as a serving senator you think you have authority over everybody, I wonder if her authority extends to where I am in the central or the northern senatorial district. Even in the south where she comes from, we still have former deputy governor, Professor Kolapo Eleka from Ikere-Ekiti , you have a former acting governor from the same zone, so who makes her a sole authority in the zone ? Who makes you a sole leader over them? These are leaders in their own right in the zone. They (Olujimi group) never conducted congress, they went to court challenging our ward congress, they failed, they are now in the appeal court. How do they gather people who conducted parallel congress for them? It is just a gathering of people to register their protest; it is not more than that.

But there is this allegation against former governor, Ayo Fayose that he is trying to overlord himself over all leaders and this is making the crisis to be unresolved and also compromising the NWC. Is Fayose truly having over bearing influence?

He is the leader of the party and I don’t know how he has compromised the National Working Committee (NWC) . The NWC knows the right thing and they have done the right thing. If it does not favour you, it is a mere blackmail and that is a sign of failure and that even answer your question that if he has compromise the NWC , the fact remains that they have recognized the Bisi Kolawole-led executives in the state. That is why they are blackmailing everybody including the NWC. The truth is that they started illegality; Senator Olujimi group woke up in the morning and said they have conducted congress, how can you set examination for yourself and mark it yourself .There is a constituted body that is saddled with that responsibility, you can’t do it on your own. They came to conduct a normal congress and you failed and you are now saying Fayose has bought the NWC. Being a serving senator, does that confer on you the authority to manipulate things? Does that confer on you authority to perform illegality? She has gone to court and I don’t know why she can’t wait for the outcome of the appeal court before gallivanting all about saying they had parallel congress. Where are they operating? Who recognized them?

Being the only PDP governor in the south west, don’t you think Governor Seyi Makinde of Oyo state has a critical role to play in ending the crisis in the Ekiti state chapter of the party?

He has a role to play but his role is limited because we are not in the old western region. We all have a state being led by different people but he definitely has a role to play as a brother, as a friend, which he tried playing by saying we should concede some things to senator Olujimi and the party did. Up till now, the NWC conceded Olujimi’s local government, Ekiti East and the adjoining one , Gbonyin but she said she want to take over the whole of the south. How can you takeover Ikere where Professor Eleka came from? how can you take over Ekiti south west where we have Ambassador Dare Bejide and Adekola? How can you take over other people’s places? The truth is governor Makinde came in , we met and Fayose said our group should consider that two local government areas to her but out of whatever reasons I don’t know, she decided to accept that but up till today, congresses have  not been conducted in those areas. The national body waited for her until when they felt she was unnecessarily being difficult and they went ahead to conclude the process and the process had been concluded. Governor Makinde tried his best but for whatever reasons  I don’t know why she believes Makinde can perform any magic because he is in Oyo state  and we are in Ekiti, where we have a leader and former governor, Ayo Fayose, Segun Oni and we have other notables leaders with us. You just got people together that has hidden agenda. I want to tell you that we will reconcile whoever wants to be reconciled, I called them the reconcilable because we have discovered that some people are hell bent in thwarting and frustrating the party and I believe necessary steps will be taken at the appropriate time but we believe we should all come together for the party hoping that sanity will prevail at the end of the day.

As it stands, what do you think is the way out for the PDP in Ekiti?

The way out is for people to be reasonable and being reasonable is recognizing what the national body of the party has done because it is irreversible but the truth is that if you still want to be part of the party, unless you want to form your own party, the PDP has done the needful, you need to cooperate with what they have done. They have done everything humanly possible to be fair and they have been fair in the conduct of the congresses. I will only implore them to be reasonable and support the party unless you have made up your mind to leave the party. What has been done, there is nothing anybody can do about it. Whoever thinks anything can be reversed is just a joker, the truth is that as you lose some, you gain some too. If you think and believe in making trouble and that at the end leave the party, nobody can tie anyone to a particular party but the truth is that you have benefitted immensely in this party and that if the reward to give majority of the people is frustrate them God is in control of the situation and we shall come out stronger at the end of the day.

Nigeria’s breaking point might be closer than we realise — Mabogunje