No ceasefire agreement with FG —Avengers 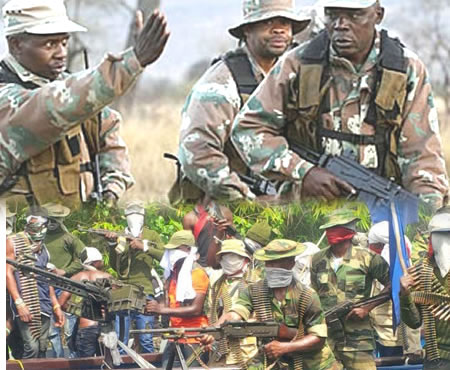 NIGER Delta Avengers (NDA) has denied any ceasefire agreement with the Federal Government.

It will be recalled that a two-week ceasefire that was to usher in dialogue between the militants and the Federal Government to end destruction of oil and gas installations was reported to have been agreed upon.

It will also be recalled that the Avengers had sustained their rejection and misgivings concerning the proposed dialogue, calling interested parties from the region political jobbers.

In response to the ceasefire muted by the Federal Government, the presence of soldiers in the creeks were scaled down while search for the suspected militants also abated.

The two weeks ceasefire by government expired Tuesday, prompting followers of the Niger Delta Avengers to raise questions on reported renewal of the agreement.

NDA, in a tweet last night, said “The NDA high command never remember having any agreement on ceasefire with the Nigeria government.”

Speculation has been on since last week’s visit by the Minister of State for Petroleum Resources, Dr Ibe Kachikwu, to the Niger Delta to talk to some critical stakeholders on way out of the renewed militancy in the region.

After the visit of the minister to liaise with various stakeholders in the region, there has been no bombing of oil and gas facilities.

Absence of judge stalls arraignment of Fani -Kayode, 2 others