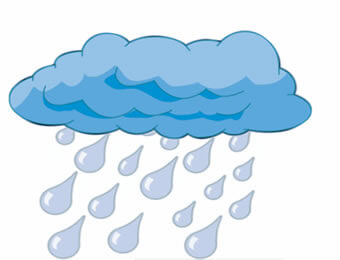 The Nigerian Meteorological Agency (NiMet) has predicted partly cloudy weather conditions over the central states of the country on Monday morning.

NiMet made this known in its Weather Outlook issued by the Central Forecast Office in Abuja on Sunday.

The agency said that isolated thundery activities would prevail over Makurdi, Bauchi, Jos, Mambilla Plateau, Yola and Jalingo in the afternoon and evening with day time temperatures of 28 to 33 degrees Celsius.

NiMet predicted that the southern states would experience cloudy conditions in the morning with day time temperatures of 28 to 32 degrees Celsius.

According the agency, there are prospects of localised rains over Osogbo, Akure, Port Harcourt,  Ibadan, Abeokuta, Ado-Ekiti, Eket, Shaki, Calabar, Ikom, Ogoja, Lagos and Yenegoa in the afternoon and evening period.

NiMet predicted that northern states would experience partly cloudy to sunny conditions with chances of cloudy skies over Kano, Katsina and Gusau in the morning.

It added that partly cloudy to sunny conditions would prevail across the entire region later in the day with day time temperatures of 31 to 42 degrees Celsius.

NiMet said that sunny to partly cloudy conditions were expected over majority of cities with chances of rainfall activities over few places in the southern part in the next 24 hours.

Trader killed in presence of husband, children in Ibadan