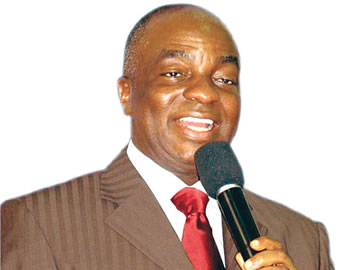 THE presiding Bishop of Living Faith Church (LFC) worldwide, Dr David Oyedepo, has described Nigeria as a country that is moving forward, in spite of its present economic challenges.

In a telecast via satellite monitored in Jos, Plateau State, Oyedepo said this when he addressed both local and international assembly of the church workers in a broadcast on Thursday morning.

He told the workers that both the nation and the church were in a period of revival and that sacrifices would have to be made.

The bishop said that the era has come for private universities, championed by the church, to set standards and right moral codes in the educational system to make it thrive better, devoid of cultism and activism.

He noted that academic calendars of private universities had been maintained, even as lecturers and their students in conventional universities go on strike.

“Private universities are here to restore the glory of the nation; it is clear that something is brewing in Nigeria.

“Nigeria’s healing is taking place now, and the health of the nation is being restored now. We are pushing darkness back,” he said.

He enjoined Christians involved in fostering the present revival of the nation by God through their prayers and work, not to relent as they are entitled to rewards from God.