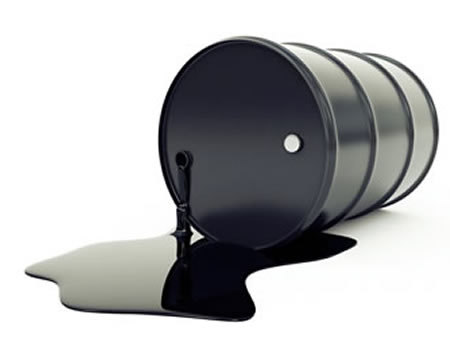 AGAINST the backdrop of the federal government inability to address burning issues that could have resulted in enthroning peace in the Niger Delta region, the Niger Delta Avengers (NDA) has declare not to dialogue with the government, as they have declared to resume hostility on oil installations in the country.

Contained in a post on their website by the spokesperson of the Avengers, Murdock Agbinibo, saying that since the federal government have continued to show insincerity despite the high powered peace parley by the Chief Edwin Clark and leaders of the region under the aegis of PANDEF, they (Avengers) prepared to crush anything and everything on their part to cut every pipe that transport oil out of the Niger Delta.

Sequel to fear heightened over the disaster that would befall the nation’s economy by their threat to stop oil production and cripple the economy that is getting out of recession, with oil price gaining steady increase, Tribune Online gathered reactions from stakeholders in the region.

Factional President of the Ijaw Youth Council (IYC) World-Wide, Barrister Eric Omare said that the federal government was responsible and it allowed the issues to this breakeven point that has raised apprehension from manufacturers, small businesses in view of the grave consequence it brings to the national economy.

Omare noted that though the resolution of the Avengers to resume hostility is not justified, at this crucial period that the nation is getting out of recession with oil production and price steadily rising, but what is most worrisome is that the federal government have not addressed the issues that precipitated the Avengers resolve to resume attack on oil installations and platforms.

The IYC President said “the federal government is not sincere to the burning issues raised on the development of the people and region, for instance the Maritime University despite the claim by Vice President, Yemi Osinbajo on its resumption, yet nothing is done and it is yet to take off.

“Other issues on restructuring/devolution of power, amongst other forwarded through Edwin Clark led PANDEF to President Muhammadu Buhari are still unresolved, nothing has been done despite patience that lasted almost a year, this is unacceptable, deceit and betrayal of trust of the people of the oil-rich region.

The IYC President, however, noted that the effect of resuming hostility would be grave, there a limit to human patience because patience is elastic, the ball is in the court of the federal government to swiftly address the issues and salvage the nation from impending disaster.

Ijaw National Congress Leader, Chief Thompson Okorotie told our correspondent that the federal government was setting that pace, adding that it has the political will to ensure pent up anger over unresolved issues does not degenerate to a point where the Niger Delta Avengers have resolved to cripple the national asset (oil production).

The Bayelsa founding father, alluded that it people of the region do not see an attack on oil installations as justified owing to the adverse multiplier effect on the nation’s economy and foreign reserve, particularly as statistic indicates a steady rise in production and price of crude oil.

Though, the Avengers have resolved never to honour negotiation with the federal government, as they are prepared for fresh attack on oil installation and to stop production in the country, Okorotie urged FG to show genuine insincerity and step up engagement with stakeholders in the region.

Also, the Chairman of the State Civil Liberty Organization (CLO), Alabo Nengi James posited that the region has shown understanding but the federal government have continued to repay it with deceit and insincerity, stressing that the resolve of the Avengers to resume attack was proportionate to their inability to amicably resolved issues raised in the region, by the Chief Edwin Clark led PANDEF.

To this end, he noted saying “we have never justified attack on installation because of the far reaching effect on the economy, not even now that it is getting out of recession due to increase production and steady increase in oil price.