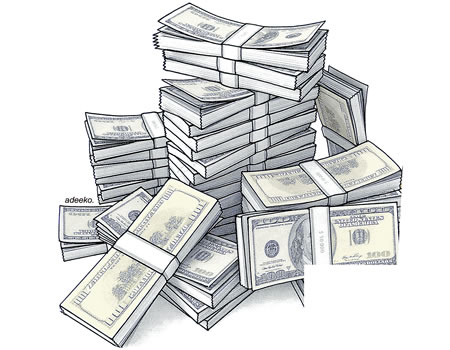 SHAREHOLDERS of Neimeth International Pharmaceutical PLC has unanimously approved the the restructuring plan of the company’s share capital by N898.164 million.

It was aggreed that the reduced amount, N898.164 million, be credited to a Capital Restructuring Reserve Account which is applied to write off the accumulated losses of the company.

Speaking on behalf of other shareholders, Sir Sunny Nwosu, the founder of Independent Shareholders Association of Nigeria (ISAN), applauded the management and board of the pharmaceutical company for the initiative which was to shareholders benefits.

“I am happy with the restructing scheme of the board. The rearrangement of the finances of the company by trying to sew the reserve to reduce the deficit so that shareholders can be able to get dividend is a good approach. And we are grateful for that,” he said.

Responding to the comments of shareholders, the Chairman of Neimeth, Dr Ambrosei Orijiako reiterate the boards commitment to shareholders, saying the management would not rest until there is return for investment of shareholders in the company, thereby promising the shareholders dividend in the nearest future as the restructuring of the finances keep off.

Earlier in his speech, Dr Orijiako, said the company had, in 2019, began the articulation of strategies meant to drive vigorous expansion initiative,adding that the company would launch a five-year strategic plan to reposition the company to play a greater role in the wider healthcare industry and essure good returns on investment for shareholders.

Speaking further on the strategic direction for 2020-2024, Pharmacist Matthew Azoji, Managing Director and Chief Executive Officer of Neimeth noted that the company, having recovered from 2917 fire disaster which dipped the profit of the company, the strategic focus of the company in coming years was to initiate bold and gradual expansion initiative that would see the company playing more in the broader healthcare space.

Specifically, Azoji said the five-year strategic plan would guide the company’s vigorous expansion programme, which include the upgrade of the Company’s factory at Oregun, Lagos state; development of new manufacturing facilities and expansion of the company’s marketing drive to Sub-Saharan Africa.

He added that to achieve the expansion plans, more investments would be needed in course of the five -year period, thus shareholders might be called upon for support.