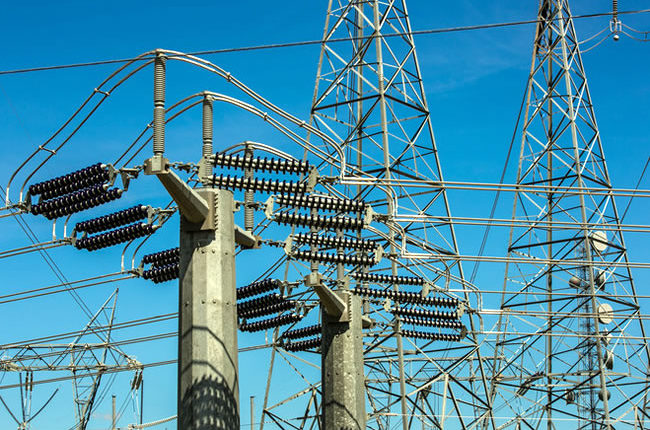 Expanding access to electricity has been one of the main focus of the Buhari administration’s interventions in the power sector especially as available statistics (World Bank 2020 report) indicate that 97 million people or 47 per cent of Nigeria’s population do not get electricity from the national grid.

Since January 2017 when the administration, through the Niger Delta Power Holding Company (NDPHC), launched the first phase of its off-grid initiative known as “Beyond the Grid Project”, providing 20,000 solar units to off-grid communities across the country, the plan to electrify all Nigerian communities has progressed steadily.

With the adoption and implementation of the Economic Sustainability Plan (ESP), the administration (through the Solar Power Naija scheme) is taking its off-grid initiative to another level. Indeed, what initially seemed like an impossible task of expanding electricity access for Nigeria’s underserved and unserved communities is gradually becoming a reality.

Notably, two agencies of the Federal Government, the Niger Delta Power Holding Company (NDPHC) and the Rural Electrification Agency (REA), have been the main drivers of the plan to provide off-grid solutions to the country’s energy challenges.

These two agencies have the responsibility of implementing the 5 million solar connections initiative of the Federal Government under the Economic Sustainability Plan which aims to provide electricity access to 25 million Nigerians.

The Nigerian Rural Agency (REA) as an agency of the Federal Government of Nigeria provides electricity to rural and underserved communities.

The Agency is currently working on 197 Capital projects within the 6 geo-political zones. It also supports off-grid development projects which have proven to be more cost-effective than connecting to the grid in remote areas of the country.

According to the Solar Power Naija implementation blueprint, “the Rural Electrification Agency (REA) will drive the implementation while private companies will install and manage the home systems, drawing funding from a low-cost loan facility from the Central Bank of Nigeria.

“Through a World Bank and REA programme called the Nigerian Electrification Program (NEP), each connection under the Solar Power Naija programme will receive a 20% rebate for the developer, thus allowing the rates charged to consumers to be reduced by the same amount.”

Speaking further on the role of the REA in the implementation of the scheme, at the flag off event, Vice President Yemi Osinbajo, SAN, noted that structures have been put in place to make the connections costs affordable for all.

“In addition to the concessionary lending rates, the Government has provided subsidies and rebates for private developers to the tune of over $200 million under the Rural Electrification Agency and World Bank Nigeria Electrification Programme. The programme incorporates several innovative solutions to increase affordability for the citizens while also providing sufficient comfort to investors and financiers alike,” he stated.

“The Solar Power Naija programme which is designed by the Rural Electrification Agency is an ambitious initiative that aims to create 5 million connections through a N140 billion financing programme that will support private developers to provide power for 5 million households, which means providing electricity for up to 25 million Nigerians,” the VP added.

The role of the REA in this regard is to provide the regulatory framework for the implementation of the scheme, serving as the link between the consumers and the service providers on one hand and the service providers and government, on the other hand.
The NDPHC on its part will leverage its track record and expertise in providing off-grid solutions to the country’s energy challenge to actualize the solar power initiative. The agency had in 2017 launched 20,000 units of solar home system for rural communities not connected to the grid. And building on this background, the agency’s target is to provide 100,000 units in the first phase of the 5 million connections.

The company was incorporated with the mandate to manage the power projects tagged ‘National Integrated Power Projects (NIPP) and in the past few years got involved in off-grid initiatives, all in a bid to improve power generation and distribution especially to rural communities.

Speaking with journalists on the sideline of the flag off event at Jangefe community in Jigawa State last Friday, the Managing Director of the NDPHC, Mr Chiedu Ugbo said “we have a track record in implementing solar power project. We have done 20,000 units already that is being enjoyed by communities across the country.”

Continuing he said, “here today, we are kick-starting the 100,000 Solar Home System and we are taking this as phase 2 of our Beyond the Grid project at the NDPHC. From this community, we will be going to other communities across the country and we are starting this phase with 100,000 units.

“It is an economic programme of government as well. What that means is that it is beyond providing electricity. We have job creation as part of the benefits of this scheme. We are targeting about 250,000 jobs from the entire programme. The first phase we did which was just 20,000 units created about 500 jobs.”

Partnering with A-SOLAR, a local solar power company implementing aspects of the Solar Power Naija scheme, delivering 1,000 units in Jangefe community, the NDPHC led by Mr Ugbo, Mr Babayo Shehu, Executive Director (Finance & Administration), and other dedicated staff, is poised to deliver 100,000 units across the country in the first phase of the project.

At the end of the implementation of the scheme, the two agencies (NDPHC, REA) leading other private sector partners would have provided access to 25 million Nigerians across the country and in the process, creating over 250, 000 jobs in solar power assembling, servicing, maintenance, and payment systems.

Yinka Odumakin: The storm is over!

NBA files suit against Buhari, NCC, others over Twitter ban in Lagos Court

Academy of Medicine Specialties inducts ministers of health, education, 134 others as…