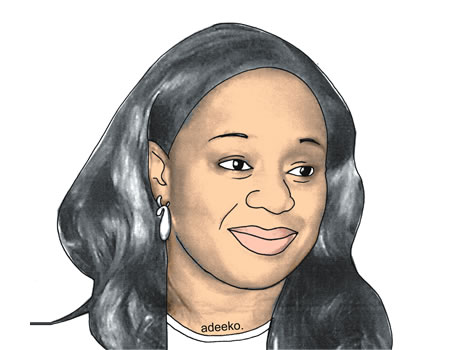 THERE have been many mixed reactions trailing the resignation of the immediate former Minister of Finance, Mrs. Kemi Adeosun, which was long awaited. The past few months had seen her trying to dodge the allegation leveled against her pretending that nothing had or would happen. She had the support of her boss, the president, so she appeared not to be upset.

Professor Itse Sagay, who often defends the government’s sincerity in the fight against corruption, threw his weight behind the embattled minister whose performance at the helm of affairs of the economy of the country, according to the law professor, surpassed the certificate the National Youth Service Corps (NYSC) could issue her. The NYSC could neither confirm nor deny issuing the exemption certificate to Mrs. Adeosun, hence bringing more doubts to the authenticity of the certificate she was parading herself with.

After the first government’s response through the Information Minister, Lai Mohammed, nothing was heard till she herself threw in the towel and bowed out of the office. Some people have commended her courage to leave the stage. But there are many more issues that should be considered for investigation.

In her statement of resignation, Mrs. Adeosun said she was advised by some assumed trusted associates to approach the NYSC and she got the certificate of exemption from the government agency. But there are some disparities in the said certificate. It was issued and signed in September, 2009 by a former Director General, Yusuf Bomoi, who left the scheme in January of the same year. Some individuals within and outside the NYSC are complicit in the certificate scandals.

Adeosun might not herself approach the NYSC to get the document. She even claimed ignorance of the mode of operations of the NYSC in her statement, but such isn’t tenable. And some officials of the scheme are culpable in the scandal. The NYSC is yet to make its stance known since the cat was let out of the bag in July. A full investigation will unmask everyone who took part in the forgery. Now that she had swallowed her pride and resigned, it is a burden on the government to unravel all the happenings as far as the matter is concerned.

Her resignation entails her personal conviction that the certificate was truly forged. Forgery is a crime, and the perpetrators must not go unpunished. It is left for the Federal Government to as a matter of necessity punish the culpable individuals both within and outside the NYSC.

One wonders how it’s so difficult for all the establishments the certificate passed through to discern the falsehoods in it. She tendered the same document to the Ogun State House of Assembly when she was nominated as a commissioner in 2011; she also presented the forged document to the National Assembly (NASS), which screened her before her confirmation as the finance minister. None of the two assemblies could distinguish between a genuine and fake document. Hence, she came through in the screening exercises.

That the beleaguered former minister treaded the path of nobility by resigning isn’t enough to justify her being allowed to go without prosecution. Moral and law are competing now, but to have a saner society in secular Nigeria, law must prevail.