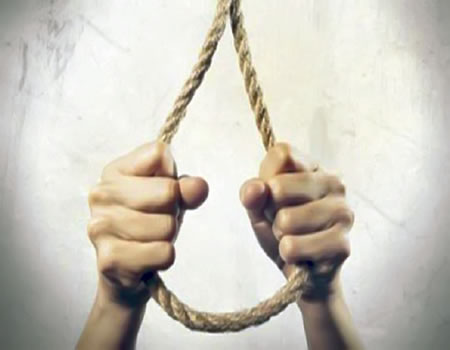 A 40-year-old man, Lanre Kazeem, allegedly committed suicide at the early hours of Sunday by hanging himself in his house at Eyin Grammar area of Ibadan.

The News Agency of Nigeria (NAN) gathered that the deceased was living in a rented house, and worked in a private palm kernel company around Soka Ibadan.

The incident took many residents of the area by surprise as they express sadness over the incident.

Fadeyi said that the deceased hanged himself to death in his house and his corpse had been deposited at Adeoyo state Hospital’s mortuary.

“The Divisional Police Officer (DPO) Sanyo division has visited the area to see what happened.

“Investigation has commenced on the matter to know what actually happened,” Fadeyi said.

Some residents of the area who spoke to NAN said that the deceased hailed from Abeokuta, the Ogun State capital and has no known relatives or friends all through his one year stay in the rented house.

Also speaking on the incident, the Chairman Eyin Grammar Landlords’ Association, Alhaji Lateef Adegoke said the incident was reported to him this morning and the police had visited taken the corpse to the mortuary.