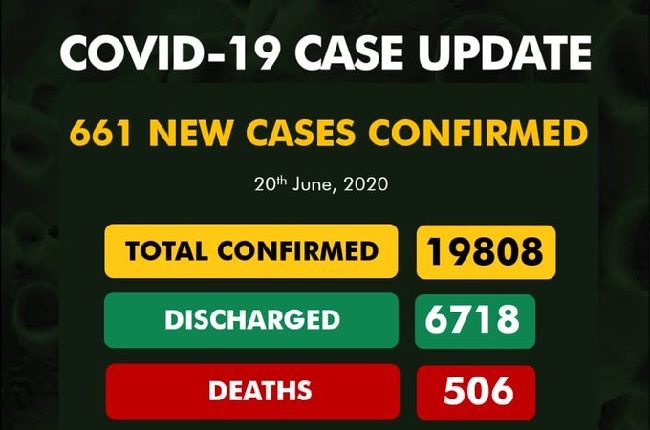 Nigeria’s coronavirus (COVID-19) cases, on Friday, increased to 19,808 as 661 new infections were announced by the Nigeria Centre for Disease Control (NCDC).

The NCDC disclosed this on its verified Twitter handle on Wednesday night. it also said that 230 of the new infections were recorded in Lagos.