76 Nigerians killed by COVID-19 in one week 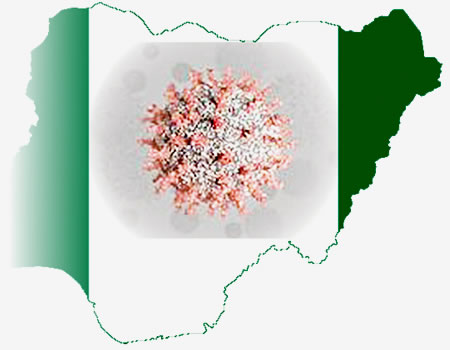 SEVENTY-SIX Nigerians died of COVID-19 in the last week, data from the Nigeria Centre for Disease Control (NCDC) have shown.

One month ago (May 20), the total number of fatalities from COVID-19 in Nigeria from records of the NCDC was 202.

On that particular day, the number of deaths recorded across the country was 31, with the Federal Capital Territory (FCT) recording two deaths; Rivers (two deaths), Oyo (one death), Borno (one death) and Lagos making up the balance of the figure.

Zamfara, Enugu and Plateau have 5 each; Adamawa and Osun, 4 each; Bayelsa and Imo, 3 each; Ekiti, Akwa Ibom and Niger have 2 each, while Kogi, Taraba, Benue, Abia and

Ebonyi has no fatality cases.

The NCDC provides no information on the situation in Cross River State.

Meanwhile, a public health expert, Professor Bayo Onajole, has explained that cases of COVID-19 may increase this rainy season because cold weather creates an avenue for easy spread of the disease.

Onajole, a professor of Community Health and an epidemiologist at the Lagos University Teaching Hospital, stated that cold weather creates situations for people to

crowd together in a small space and as such, a single asymptomatic case can infect a number of people.

According to the don, although COVID-19 is contracted more through the respiratory tract, the weather is one of the factors that cause an increase in the spread of infections, including COVID-19.

“Weather is a factor for the spread of a lot of diseases.

Weather, in itself, is not the cause of the disease but the attitude or response of the people to the climate.

“You will notice that when it is raining, many people will crowd under one shed and if you have one case that has the infection, the rest of the people can easily be exposed.

It is just like what happens in banks today, they crowd them under a shed outside and they think that they are protecting them from COVID-19,” he said.

Professor Onajole, however, gave the assurance that cold weather will not cause people to develop severe forms of COVID-19.

“The severity of the disease in each individual is dependent on their body’s immunity, what dose of the virus they might have been exposed to and possibly other medical conditions they might have had before exposure to the infection,” he noted.

The Oyo State Commissioner for Health, Dr Basir Bello also stated that with seasonal changes, there are increased cases of cold, cough and catarrh, which could also be suggestive of COVID-19 unless people get tested.

He said even when there are symptoms suggestive of malaria and respiratory problem, it is important to think coronavirus first before any other thing.

According to him, people should not be afraid to get tested and or of being stigmatised for coming for COVID-19 test.

“The earlier they get tested the better. Those that test negative should continue to keep safe and remain so by keeping to such actions as regular handwashing with soap and water, maintaining physical distancing and wearing of face masks,” Dr Bello said.

Governor of Ebonyi State, David Umahi, on Friday, announced the first death recorded from the COVID-19 outbreak in the state.

The governor, who did not give further information about the victim during a statewide broadcast, ordered that all courts in the state be shut down for 10 days.

Umahi said the directive involved all customary, magistrates, state and federal high courts in the state.

The governor said the decision was in line with the state’s COVID-19 and other infectious diseases law and advised all judicial officers and their families to immediately undergo COVID-19 test.

“The COVID-19 committee in the state should fumigate all courts within the next 48 hours and it should be repeated after 10 days.

“The committee, the Nigeria Centre for Disease Control (NCDC), officials and the relevant authorities of the courts should immediately have a meeting to discuss the COVID-19 protocols.

“I want the members of the judiciary to be alive to continue the good works they are doing,” he said.

He stressed that the disease was spiking in the state because of its massive testing.

“The pandemic is a very serious issue and the number you test in your state is the result you get.

“When states are not, however, testing, they will not get any spike and the danger is that the pandemic is of two folds.

“There are people who will contract the disease and will not show any symptoms, yet will be spreading it to those who may show symptoms and the weaker people.

“This is our fear as some people will boast that they are positive but not showing symptoms without realising that their immune system may be strong.

“They will, in turn, be putting the next person with a weaker immune system at risk and it is our job to protect everybody in the state.

“I thank all the medical personnel, state COVID-19 committee and all those doing everything possible to treat positive patients and generally protect the people from the disease,” he said.

Umahi noted that the state’s two main isolation centres in Abakaliki were packed but the government had renovated the Elinwovu general hospital in Abakaliki Local Government Area and designated it as a COVID-19 treatment centre.

“The hospital has been fully equipped with an ultrasound machine, mobile X-ray machines, among other NCDC protocols’ equipment.

“We are not considering closing down churches and markets but we will be tempted to close any that does not take the matter seriously by observing relevant protocols.

“I want to assure the citizens that there is nothing to fear but continue praying fervently and observing all NCDC protocols as I and other top government officials will continue being in the frontline against the disease,” he said.

The NCDC announced on Thursday that country has recorded 745 new cases of COVID-19, bringing the total number of infections in the country to 18,480.

The health agency, which made the announcement through its official Twitter handle, said the 745 new confirmed cases were from 21 states, with six deaths as of June 18.

It said that no state reported a new case in the last 24 hours.

The NCDC said that Lagos reported the highest number of 280 new cases and Oyo was second with 103 new infections.

The NCDC said a sudden loss of taste and smell with fever, headache or runny nose might be COVID-19.

It called on Nigerians not to ignore these symptoms, adding that they should call their state hotline immediately to arrange for a test.

The health agency said every treatment regiment to be used in Nigeria’s response to COVID-19 must be supported by science.

It said that Nigerians should avoid sharing items at their places of worship, including books, mats, microphones and kettles.

It, however, advised Nigerians that they should remember that it is better to worship at home and avoid mass gatherings to reduce risk of exposure to COVID-19.

What artistes must do after COVID-19 —Choi

‘I fed him, paid house rent ‘cos he was always praying, never worked’