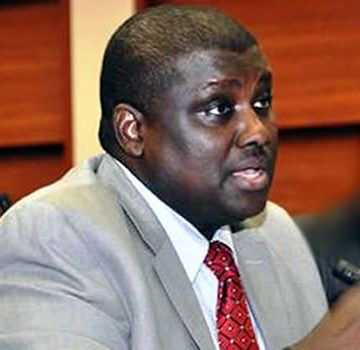 THE Attorney General of the Federation (AGF) and Minister of Justice, Abubakar Malami (SAN) on Monday asked the Federal High Court in Abuja to stop the National Assembly from probing him over the reinstatement of Abdulrasheed Maina into the civil service.

The AGF, in an ex-parte motion seeking an interim injunction restraining the National Assembly from probing his role in the reinstatement of the former chairman of the presidential task force on pension reforms held that the National Assembly lacks the power to probe him over Maina’s recall as it was the Federal Civil Service Commission (FCSC) that did the reinstatement.

He said the role he played in the Maina’s reinstatement was the advice he gave to the FCSC, based on the understanding of the circumstance that led to his (Maina) suspension from the civil service.

Malami specifically asked that the probe should be stopped pending the hearing and determination of the substantive suit, wherein he wants an order of the court stopping the probe of the reinstatement of the former chairman of the presidential task force on pension reforms.

However, the trial Judge, Justice  Binta Nyako ordered the AGF to put the National Assembly on notice of his ex-parte motion and also slated January 15, 2018, for the respondents to appear in court to show cause why the order sought by the AGF should not be granted.

Recall that the Senate, on October 24, 2017 asked its committee on public service, internal affairs, anti-corruption, establishment and judiciary to investigate Maina’s recall and deployment to the ministry of interior and following a public outcry over the reinstatement, President Muhammadu Buhari ordered his immediate sack and asked the head of the civil service of the federation, Winifred Oyo-Ita to probe the matter.

Maina, who was dismissed in 2013 for absconding from duty following a recommendation by the office of the head of the service, was accused of being involved in pension fraud running into over N100 billion.

After an investigation by the Senate joint committee on public service and establishment and state and local government administration, a warrant of arrest was issued against him and the police subsequently declared him wanted and he went into hiding.

But Malami, in his suit, asked the court to, among other relief declare. “That the national assembly cannot legitimately regulate the employment, attendance at work, disengagement, reinstatement and or promotion of a civil servant, which are matters exclusively within the purview of the Federal Civil Service Commission under the Constitution of the Federal Republic of Nigeria1999 (as amended).

“The national assembly lacks the legislative competence to investigate the employment, attendance at work, disengagement, reinstatement and or promotion of a civil servant which are matters exclusively within the purview of the Federal Civil Service Commission under the Constitution of the Federal Republic of Nigeria1999 (as amended)”, he prays the court.