Lessons from Ogun’s response to COVID-19 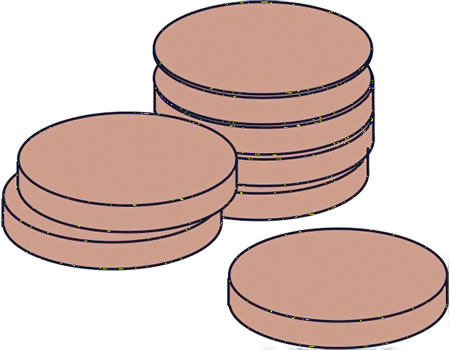 When the first case of the ravaging coronavirus was confirmed by the Lagos State Government in the early hours of Friday, February 28, it came with some advice to the general public. Having confirmed that an Italian who returned from Italy – Europe’s worst-hit country with the virus – was carrying the virus and had been quarantined, the government issued some safety and enlightenment tips which ended on a warning note for people not to spread falsehood and fake news concerning the virus.

Warning the public against spreading falsehood is perhaps the most crucial bit in the statement, because as things are turning out, falsehood and fake news could endanger more people than the outbreak of coronavirus itself.

Even before it was established that the Italian had embarked on a business trip to Lafarge Cement in Ewekoro, Ogun State, the Ogun State Government had anticipated and put machinery in motion in the case that coronavirus was confirmed in the state. It is only rational, considering the proximity of Lagos and Ogun states and the trends and patterns the virus has been spreading in places like South Korea, Japan and Italy.

As soon as health officials traced contacts to Ogun, the state governor, Prince Dapo Abiodun, immediately encouraged the closure of Lafarge Cement and ensured that those who came in contact with the Italian carrier were isolated and monitored.

Measures have been put in place in Ogun (which I will mention shortly), but as tirelessly as the state government is working to ensure that the situation is adequately confronted, our biggest challenge seems not to be about the spread of COVID-19 but the spread of something else – fake news!

Shortly after the index case patient was traced to Ogun State, fake news started making the rounds, especially on the social media, that the taxi driver who transported the Italian had escaped. It was also falsely circulated that the imaginary driver was demanding the sum of N100m from the Ogun State Commissioner for Health, Dr. Tomi Coker, failure of which he was said to have threatened to spread the disease.

The state government had to quickly go public to debunk the falsehood before it became toxic. Evidently, the rumour about the driver’s escape and ransom demand were concocted to instill fear among members of the public.

No single disease or medical crisis had challenged global health in the turn of the 21st Century the way coronavirus is doing since January and how we collectively respond to its outbreak will be crucial to finding a remedy for the rampaging decease. And talking about response, many people who have travelled to other parts of the world continue to testify to Nigeria’s effective measures at reducing the spread of coronavirus. Ogun State was their model for reference. Preventive and monitoring measures have been scaled up at our international entry points. Facilities are being equipped to cater for people under observation, while coordination, vertically and horizontally among government, health workers and decision makers, have so far been nothing short of effective.

In Ogun State, Governor Abiodun has activated an Emergency Operation Committee (EOC) to manage any development that may arise from the reported case of coronavirus. Headed by Dr Coker, the EOC has in its ranks officials of the State Ministry of Health, Hospital Management Board, and representatives of Nigeria Center for Disease Control (NCDC), World Health Organisation (WHO) and representatives of Federal Medical Center (FMC), Abeokuta.

There are also seven EOC sub-committees, which include: Risk Communication and Mobilisation, Surveillance, Case Management, Infection Prevention Control (IPC), Central Coordination/Planning and Logistics/ Finance respectively. The multidisciplinary EOC meets daily and updates the general public about any development. In addition, the Ogun State Government has established emergency units across the 20 local government areas of the state, while 24-hour dedicated phone lines have been opened for the general public to access information or lay complaints.

I know, from my vantage position that the Ogun State government, in collaboration with the Federal Government and other critical stakeholders, is leaving no stone unturned to ensure that it responds timely, robustly and adequately to any eventuality occasioned by the coronavirus. In the words of the Ogun State Commissioner of Health: “Our health educators are busy with advocacy efforts on the field. We are sensitizing our health officers too, on preventive measures to adopt. We have all the required interventions to contain the situation. Members of the public should remain calm.”

These are demonstrable assurances and not empty political statements in fulfillment of the government’s side of the social contract. However, the public too has a role to play as our medical and paramedical professionals. Personal hygiene and consciousness need to become a lifestyle among the general public. Suspected cases have to be quickly reported to relevant authorities. Parents and caregivers should ensure that children are not exposed to the risk of contracting the virus.

Most importantly, however, the general public should desist from spreading falsehood about coronavirus. Many people put their health at risk during the outbreak of Ebola in 2013 when the bath-with-salt-water message went viral. If a piece of fake news manages to spread that furiously during this coronavirus, it may portend a costlier danger because COVID-19 is like no other infection and presently has no cure.

Waning interest of youths in science