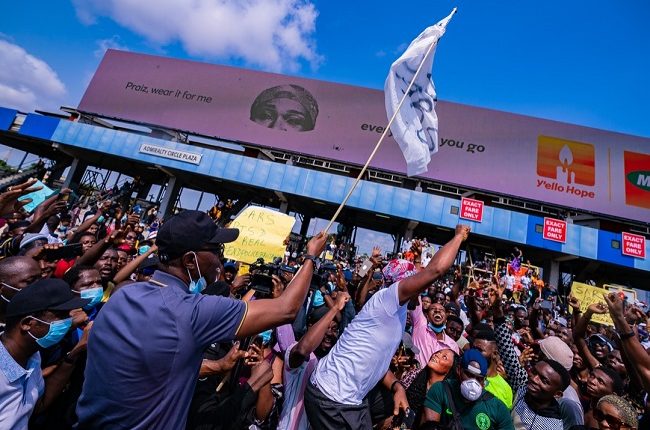 The governor made this promise while addressing protesters on Tuesday morning at Alausa, Ikeja, in relation to the 5-point agenda brought forward by the #EndSARS campaigners.

The governor further promised to convey the request of the protesters to President Muhammadu Buhari some of which is justice for those killed by the police during the protests, increment in police salary, among others.

It will be recalled that Governor Sanwo-Olu on Monday addressed some of the protesters at the Lekki Toll Gate where he expressed solidarity with them, even as he urged them to conduct themselves orderly and peacefully in pursuing their demands.

Senate observes one minute silence for victims of #EndSARS protest