It’s game up for Akeredolu —Ajayi

InterviewPolitics
By HAKEEM GBADAMOSI On Aug 30, 2020 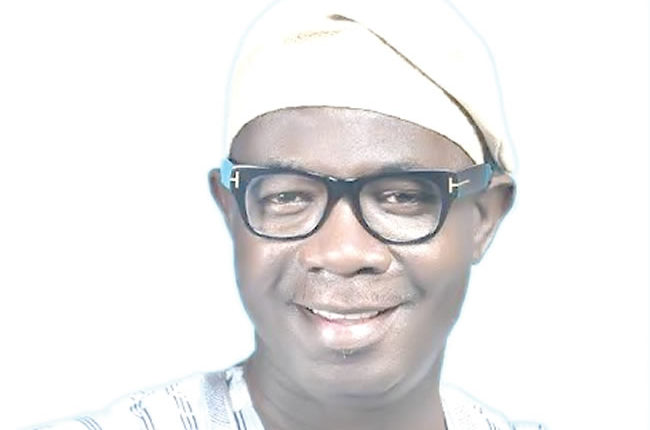 Ondo State deputy governor,  Agboola Ajayi, In this interview with HAKEEM GBADAMOSI, clears the air on some issues relating to his exit from the ruling All Progressives Congress (APC) to the Peoples Democratic Party (PDP) and his newest move to the Zenith Labour Party (ZLP). Excerpt.

WHAT informed your defection from APC to PDP, leaving your boss and principal, Governor Rotimi Akeredolu?

One of the greatest advantages of democracy is that it provides alternative platforms for individual aspirations. In the last three and a half years, Governor Akeredolu has personalised this administration. I’m not a political neophyte. You see, the office of the Deputy Governor is an establishment of the 1999 Constitution of the Federal Republic of Nigeria (as amended), section 186 specifically emphasises that. Section 187 explains it to the effect that there can’t be a governor without a deputy. Then, section 193(2) mandates the governor to hold regular meetings with his deputy. The point I’m trying to make here is that, the office of the state deputy governor doesn’t exist at the mercy of the governor. So, when the governor becomes a totalitarian, I have to move on with my life.

At what point did you decide to leave the APC and its government?

Governor Akeredolu allows members of his family not only to interfere but [also to participate] too much in the running of government. His wife and children then see anyone who insists on constitutional roles in the governance as an obstacle. It becomes so difficult for me to cope under such nepotic arrangement. If you ask me specifically when was the turning point, I will say it was at that moment when N4.3 billion was kept away from the people. That was the particular point I realised that he has no plans for the oil producing local government areas.

The Ondo State Oil Producing Areas Development Commission (OSOPADEC) was established by the Ondo State Law 2003, to administer 40 per cent of the 13 per cent oil derivation accruing to the state. We earn an average of N1 billion to N1.5 billion monthly from oil derivation. Invariably, nothing less than N25 billion would have accrued to OSOPADEC as a commission to be exclusively applied to development of that area. But I can tell you today that there is no single project to show for it.

I left him the moment he decided to appoint his 29-year-old son who just finished the mandatory one year National Youth Service Corps as secretary of COVID-19 fundraising committee and  the moment that he extended the tenure of the Head of Service after he has attained the mandatory retirement age.

Despite all the trust you were said to have enjoyed from the governor?

That’s not correct. I’m a seasoned politician and there’s no active politician in Ondo State that I don’t know. I have more experience politically than him. I’m a lawyer. I have held positions in both the legislature and executive. I started from the ward level, state and federal. On many occasions, I have had to be called upon to resolve political puzzles which Mr Governor couldn’t handle.

But many people felt you ought to have resigned your position as you have left the platform that brought you to power.

I was not elected as deputy governor by my party alone. I was popularly elected by the people of Ondo State. The people who gave me this mandate have not asked me to resign. Those who are asking me to resign are the few politicians who are just being mischievous. They’re crying more than the bereaved. Those who elected me are saying that I should hold the fort.

The lawmakers are loyal to the state. The Chief Judge has equally proven that the judiciary is the last hope of the people. The truth is that the impeachment plot was ill-motivated and hurriedly planned. I’m not really surprised that it hit a brick wall. It’s dead on arrival. You can’t impeach the deputy governor simply because he exercised his fundamental human right of freedom of assembly and association. I have not committed any impeachable offence. All the impeachment of governors and deputies carried out in Nigeria since 1999 have been overturned by the courts. Why should we go that low?

You recently dumped the PDP too, and moved to ZLP. You have changed parties in less than two months. Why the moving about?

We are moving with the people. In democracy, people are the epicenter. At every time, I have listened to the voice of the good people of Ondo State. Don’t forget, even in 2016, I had to move in accordance with the command of the people.

Why the sudden departure from PDP and what went wrong in PDP?

The national leadership of Peoples Democratic Party (PDP) assured me of free, fair and credible primary election, but the members of the state executive committee were hostile, biased and unbelievably compromised. In the interest of peace and harmony, we allowed things to go their way. But that shouldn’t deter us from expressing our democratic freedom of association.

We have to move on. If the result had gone our own way there would have been serious violence and crisis. I have always said that my ambition isn’t worth the blood of anybody. So, I moved on with the people.

I can tell you confidently that PDP has missed it. PDP missed the opportunity to produce the next governor of Ondo State and it’s good for us. Now, with the unfolding events, we have been vindicated. Have you seen any serious political activity in the party since I left?  Have you heard anything on the role of opposition being played by the party?  I wouldn’t call it betrayal but a sabotage.

The chances of the party to win the next governorship election was obviously sabotaged and compromised. I wish the national leadership can investigate the romance between the state executive committee and the chief executive of the state.

But you promised earlier not to leave PDP even if you lost the ticket. Why are you not keeping your promise?

Blessed is the man who does not walk in the counsel of the wicked or stand in the way of sinners or sit in the seat of mockers. I’m a politician and my ultimate goal is to win election. Ondo PDP seems more interested in raising candidate every election cycle than winning. I have a dream to lead Ondo State out of its present predicament and that is very pertinent. It’s in the overriding interest of the people that I left. I listened to the voice of the people. That’s what is paramount.

There were speculations that you will leave PDP even before your exit. But why ZLP?

The present people’s movement in Ondo State is not necessarily about one party. It is not about Dr Olusegun Mimiko, who is our leader today in the state. It is about the struggle to break free from the jugular of the kleptomanic and clannish government.The people of Ondo State, particularly critical stakeholders, have all jettisoned their individual difference to join hands together and liberate the state. We must save our dear state from ruin.

Many people see the next contest as one between you and APC. Do you share this view?

You picked your running mate from the central. Why didn’t you pick from the north senatorial district where the governor hails from?

The unwritten political tradition in the state is that whenever the southern senatorial district is the governor, his deputy would be from the central. Dr Olusegun Agagu and Oluwateru are classic examples. But what is more important is that no part of the state will be neglected.

No incumbent has won election before in Ondo State. It is only Dr Olusegun Mimiko who enjoyed that uncommon grace. The electorate in Ondo State are highly educated. In the 2019 general election, the governor lost two senatorial districts. He lost the presidential election. The chairman of the party is from Idanre Local Government, that is where SDP won the National Assembly election. The game is up for the incumbent and you can take this to the bank.

Your assessment of the APC led government in the state.

Let the people judge us.

Nigeria’s presidency: Is this the end of zoning?