Injustice and the world now 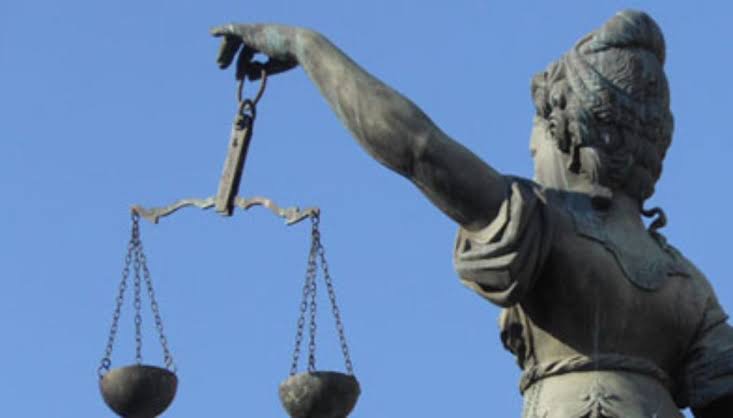 The world is presently disturbed and affected by the pervasive underpinnings of injustice; and sadly, billion wishes cannot make a day, especially in milieus where kings and queens dance to the tune of shame. While the issue of justice, peace and inclusion cannot be mutually exclusive but complementary, it is crucial to bear in mind that nothing grows without a cause.

The growth and development of man emerges from a particular stream or streams, and strive(s) through, to what I adapt from the conception of Heidegger’s being as ‘dasein’ – man with purpose. Hence all humans are shaped as a result of their experiences, and wherefore, exhibit purpose accordingly.

Martin Luther once stated that, true peace is not the absence of tension, but rather, it is the presence of justice. Hitherto peace is not made for the sake of justice, but justice for the sake of peace. For any developing or developed nation to thrive and achieve purpose, there is a need for peace to exist and co-exist. Sadly it is, that many insurgencies and injustices are dominant in my country, Nigeria. For emphasis, injustice in the face of justice comes to the fore to question the nation-state in her attribution of evil for good.

In retrospect, I grew up in a family where both parents were of divergent beliefs. While the mother focused sternly on raising a sound and learned child, the father somewhat seemed concerned. The journey to becoming a man came not as an extension, but as a result of a direct meeting. Life became so hard when one lived in poverty but saw the affluence amidst. White, they say, symbolises peace, but how true is this assertion in a society where bloodshed occupies the day.

Growing up was not easy, in the sight of others in happiness, but one in jeopardy and struggle. In the pursuit of becoming, I’ve witnessed mothers being battered and shattered (of which mine is not an exemption) because of the populist acceptance of phallocentrism over women. While this is so, caution is needed to enforce justice, peace and inclusion. Corroboratively, I’ve encountered injustice in the favour of boy-child over the girl-child in few communities I’ve lived in. Similar to this, is the issue of gender discrimination that seems to have declined many ‘heads’ from getting to their acme, of which my female siblings have experienced overtime.

History, embedded in the wisdom of hindsight, is certainly the bedrock of the future, but if cautions are not sighted as and when due, injustice could become a harbinger of doom to such a peaceful and inclusive society that we desire. Apparently, justice, not injustice, is very crucial in the phase and face of building an inclusive and peaceful society. Hence in providing a better world, there comes good measures in tackling injustice. The great experience has deposited in me to give back to the society – by rendering assistance to the less privileged.

In the bid to realising and contributing a better stance to the present world, I have contributed immensely by joining various organisations. One of these ones is – Foundation for Rural Education and Empowerment. The organisation focuses on rendering hands to the rural children who are not privileged to enjoy the dividends and exposure that others receive. The opportunity to serve as an executive member of the organisation has broadened my perspective on the why and wherefore we should fight injustice in the contemporary epoch and the one to come.

Participating in workshops and conferences has also helped to share every side of my stories to those in the journey of becoming. Also, being an active member of Amnesty International, I’ve been able to lend hands in speaking against forms of discrimination and injustice heretofore. Being a member of a number of organisations, I’ve come to realise that majority of the people live for their egocentricity; even when some emerge as critics, but end up as partisans.

Rousseau once established that individuals live for self-love, hence it becomes a complexity to build an inclusive society. The journey, as it may, solely lies on the special type of being, who finds interest in building a safer place. Regrettably, the narcissistic and egoistic subjects left in void the place of karma – that establishes reaping what is sowed.

The world awaits our helping hands in the face of pressure, for we can only rise to build a safer, just, peaceful and inclusive society now, not later. By and large, one of Nigeria’s popular intellectuals, activists and politicians, late Chief Obafemi Awolowo, established that ‘the children of the poor that are failed to be trained will not allow the children of the rich to have peace’. Unfortunately, these children would not only disturb the peace of the rich, but also the society therein.