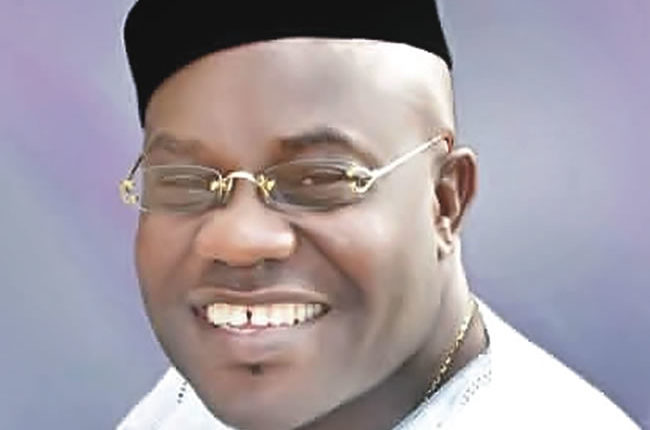 The deputy national publicity secretary of the Peoples Democratic Party (PDP), Prince Diran Odeyemi, in this interview by SUNDAY ADEPOJU, speaks on the crises rocking the South-West chapter of the party.

HOW best do you think the smoulderingcrisis in the South-West PDP could be resolved?

I think the problem is even about the recognition given to political office holders over and above the party. That notion that the highest political ranking officer is the leader of the party has to be changed. Not everybody who occupies a political office has the needed leadership qualities. Leadership qualities and holding a political position are not the same. In a political setup, a person can win election and still will not be able to bring 10 people together; whereas, some people are good at matching people together to win an election for somebody. If we now concentrate all the powers of leadership to somebody on the basis that he holds a political position, then there is an error. And I think the PDP should look into this. This is what is causing crises in the party in the South-West region. Like in Ekiti, Senator BiodunOlujimi is saying that because she is a sitting senator, she is the leader over a two-term governor, MrAyodeleFayose. This shouldn’t be the case at all. If the party does not put that kind of a power or recognition to office holders, he won’t say he is leader in Fayose’s state. Fayose, as a leader, is a mobiliser. He is somebody that can even work out a synergy that will bring everybody together in EkitiState because he is not aspiring for anything, at least. But because they now say the sitting senator is the leader that is why there is crisis in the state wing of the party. And it is the crisis in Ekiti State that is now spreading to other states in the region. People should acquaint themselves with the PDP Constitution to know that it is either through consensus or election that this issue of leadership could be handled or not by any other means.

Why is the national leadership ambivalent on the South-West PDP matter?

The national leadership is not interested at all. They know when to come in. As the leader of the party, they don’t want to be on either the side: for Makinde or Fayose. They would rather use the party’s constitution to solve the problem. If Makinde and all other leaders in the region, including Fayose, can agree on the list of officers that will form the bulk of South-West leadership, that is what is called consensus. The national secretariat will not do anything about that. A consensus agreement is to show evidence of love and harmony. If, however, at the end of the day, there is no consensus, then the party will revert to the conduct of a free and fair election for whoever is interested in the South-West leadership. So, there is no way the party can come in.

To what extent is the reconciliation committee constituted at the Ibadan capable of resolving the matter?

We don’t even recognise the meeting that was held in Ibadan where Oyinlola was selected to head any committee. All the resolutions passed at that meeting are null and void. They are not capable of resolving the matter; the conditions that gave birth to that committee will not make them credible to anybody. The circumstances include the fact that the main stakeholders were kept away from the meeting, including SakaAribisala. Virtually all the national officers were kept away; we were not invited. So, the meeting where the committee was formed is questionable. Even though the Board of Trustees (BoT) members were at the meeting, are they the only decision-making stakeholders? Are only the former governors the only decision makers for the zone? Definitely no! Don’t forget that there are about four state chairmen that were not there. Are you now saying that the state chairmen and national officers are not important? The meeting was sectional and not complete. It didn’t bring in everybody that matters in the zone. And we don’t expect a leader in the zone to be sectional. Makinde is guilty of that.

So, what is the way-forward and do you strike a compromise?

To strike a compromise, I will appeal to Makinde and Fayose to talk to each other. They are the arrow-heads in the crisis. So, all the party leaders, stakeholders and members should be interested in genuine peace; they should talk to the two. The arrowheads should agree on South-West leadership, a kind of protocol, even though the issue of those who should be attending meetings (National Working Committee, zone and state) is enshrined in our party’s constitution. You cannot segregate; it is discretionary.  The two should come together and agree on the way-forward for the zone.