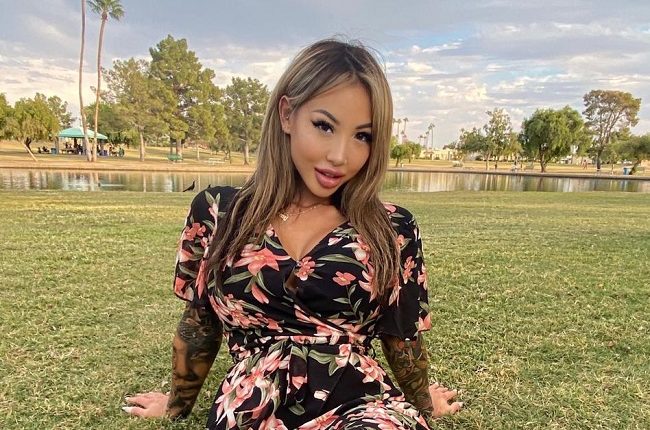 Kiara Moon started her career path as an auditor but has since worked to achieve her dreams as a top model in the adult industry.

Kiara Moon, 24, worked as an auditor and analyst for a while to make ends meet. However, she quickly realized this wasn’t her passion.

“I’m a creative person and free spirit,” said Moon. “I march to the beat of my own drum and don’t like being told what to do. That made my 9 to 5 job suffocating.”

After some time, she felt like she needed to strike out on her own and try something new. She started modelling on Instagram, where she currently has over 400,000 followers.

She posts selfies in some of her favourite outfits, as well as previews for her adult content. In addition, Kiara has an account on Nudiez, where she posts photos for her 68,000 followers and counting. The content is private unless subscribed.

“My current career is much more fulfilling because I work for myself and on my own terms. I love bringing people happiness and putting smiles on their faces. It’s also empowering to show my body and feel beautiful in a public setting. I get to flourish in my creative and artistic side, setting up shoots and curating outfits and scenes for my followers.”

Outside of her modelling career, Kiara Moon is quite a fascinating person. She skydived from 18,000 feet in Santa Barbara and has her M1 license to ride motorcycles.

“I’m a bit of a thrill-seeker,” she said. “I love living on the edge and trying new things.”

She also has a charitable side and has volunteered with organisations like Big Brothers Big Sisters of America, Alcoholics Anonymous, and Eating Disorders Anonymous.

“Giving back is so important, especially with everything that’s going on in the world. I want to make an impact and help people live better lives,” she said.

If you feel stuck in a job you don’t enjoy, Kiara Moon recommends that you pursue your passions instead. This has worked out for her and led her to a much happier life.

The surprise visit made on Friday night by the leaders of the ruling All Progressives Congress (APC) to former President Goodluck Jonathan at his residence in Abuja triggered a stir in the major political camps, resulting in at least four possible theories..I resigned as auditor  I resigned as auditor