‘I have no problems working with songwriters’ 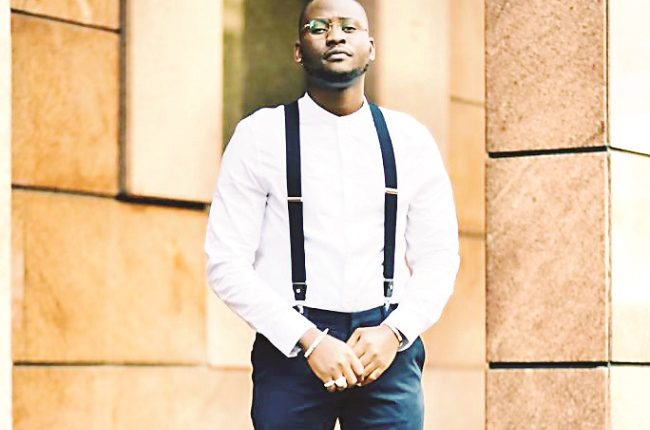 Umughare Prosper better known as Holmes is a fast rising Afropop musician who says he is ready to take top spot among trending Nigerian artistes. In an interaction with journalists recently in Lagos, he spoke about his journey so far and plans for the music industry. ROTIMI IGE presents excerpts.

It’s been a tough year, how would you describe it?

It’s been good so far, I will say God has been faithful. I will say 2020, so far, has been an amazing year. It came with a lot of things like the COVID-19, but so far, I think the pandemic affected my career in a positive way, based on the fact that it has given me the time and focus to do more music. This is because all through when it started, I have just been focused on my music. I have produced a lot of songs trying to push it to a certain level where I see myself which is a very top place. So, I have been dropping songs and have dropped about seven singles before my last single and I still have a lot to work on and yet to achieve.

Tell us more about yourself?

I am a singer, I deal with Nigerian songs as I work strictly on Afropop music. I am bringing my own unique part, I’m not trying to be like anybody or trying to change what exactly the industry is like because I can’t do that. So, I’m bringing my own sound. I want to push the brand to become someone who doesn’t need introduction when you hear the song.

How has the journey been with D’Luxe management?

Before my label, Addictive Music Worldwide teamed up with D’luxe Management, it was good but I am going to say it has been amazing since I started working with D’Luxe management. I know I am following the right path where I am going to get to the peak of my career. So, I am going to say that working with them has kind of moulded me into the positive direction that I have always dreamed of following. If you compare my past and now, I’m going to say I’m living far better than what I was doing before.

The hard work is definitely paying off, it even brought home an award and I felt so blessed right now. So, it’s paying off and I’m willing to put in more hard work, it never stops even when you are up there, you still need to keep working.

So, the industry has faced a lot of challenges in respect to the pandemic and then  EndSARS, how have you coped?

There has really been a lot of challenges. If it wasn’t the pandemic, I believe there would have been a lot of stage performances, many concerts etc but the  EndSARS protests and pandemic really posed a big challenge to many entertainers. We couldn’t control it because it involved the government. However, I know the year is fast gone and I believe 2021 will be better than 2020.

What inspires your music?

Life generally inspires my music. I’m going to also say the ladies inspire my songs. I have some couple of songs that talk about life, the general challenges we face everyday in the country but majorly, we have a lot of songs for the ladies on the street to look out for.

Take us through the process of making your music?

Actually, I make general Afrobeat and Afropop music. My music making process depends on the mood, current situation and happenings around me. For my song ‘Finally’ for instance, my manager said we are going to do an Afrobeat song and then I picked ‘Finally.’ After getting the instrumental, it depends on how I feel; sometimes I feel like I just don’t want to play on this song, I want to bring something really positive, then I dig deep into myself to bring out the best music.

However, sometimes I can’t just rely on the beats; if I am in the studio and there’s a producer there, I walk in and vibe to it. That’s majorly how I make my music.

What would you refer to as your preferred genre or comfortable genre of music?

So, talking about my sound/music, I do Afropop. I am majorly a singer, I don’t do rap songs. I do Afro fusion and I believe I can voice on any kind of beat, for example, my song ‘Finally’ is an Amapiano kind of vibe, I’m still trying to explore Afrobeat.

Are you open to working with songwriters?

I am hoping to work with songwriters, I believe there’s nothing wrong working with songwriters based on the connection between us. If the song the person has relates to me or my kind of sound then yes, I will be ready to work with someone like that but basically all my songs that are out right now are written by me.

So, what inspired your current single, ‘Finally’?

The idea of the song was actually from my manager D’Luxe management CEO. He said that since we already had a song with Davido, why didn’t we do a DJ collaboration because it is easier for songs to fly that way and because we already had a DJ in mind. DJ Neptune now is the biggest DJ in Nigeria and he is my brother, big ups to Neptune. So, it was my manager’s idea and I will say I have never regretted the choice because it has been giving me a lot of positive reviews so far.

The British Parliament at the Westminster Hall held a debate on ‘e-petition 554150, relating to Nigeria and the sanctions regime’ on Monday. The government of the United Kingdom has however responded…I have no problems  I have no problems

The surprise visit made on Friday night by the leaders of the ruling All Progressives Congress (APC) to former President Goodluck Jonathan at his residence in Abuja triggered a stir in the major political camps, resulting in at least four possible theories..I have no problems  I have no problems