I have never given up on myself —Yemi Elesho 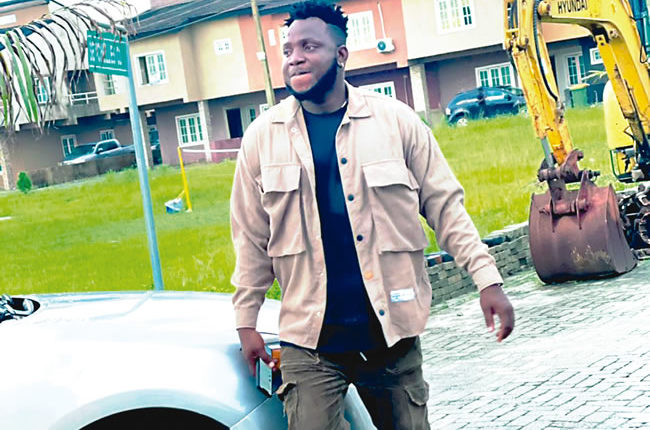 The act and art of rendering indigenous  entertainment is not one that many people can boast of being able to master, from research made however, very people have proven to  be capable of doing what they do and being good at it.

One of such people is popular comedian, actor and Mc, Adeoye Yemi Elesho. Fondly known by some as Yemi Elesho and by others as Booda Nuru, he is indeed determined to keep the bars going high and maintaining his A-game in the entertainment industry.

Yemi Elesho who is a son to veteran actor Adewale Adeoye, popularly known as Elesho, has wormed his way to the hearts of entertainment lovers with his involvement in various movie roles, anchoring of events and very recently, his comedy skits.

Yemi Elesho started acting at a very young age and was popularly known for making people laugh which later earned him the attention of the high and mighty in his town to see him perform. The all round entertainer also picked up the art of anchoring events which also made him gain relevance.

Having realized his talent in acting and anchoring of events, he continued in the path and made a name for himself even in the comedy industry with his collaborations with popular skit makers and fellow comedians like Broda Shaggi, Thecuteabiola, Taaooma and many others.

While recounting his journey and how he got to where he is, Yemi revealed that his journey had not been a smooth one, recalling how he had to face many hurdles and be independent from a tender age just to be able to feed and clothe himself, he however stated that all he went through was just building him up for who he is today.

“My experience while growing up was not a pleasant one, I had to be independent and fend for myself from a very young age; there were many things I had to get an education for myself just so I could become somebody in life.  I didn’t give up on life, and this is what has fetched me the fame and respect I enjoy today. I’m grateful for the journey I’ve had to go through, it’s what has made me who I am today,” he said.

December is about to be lit!