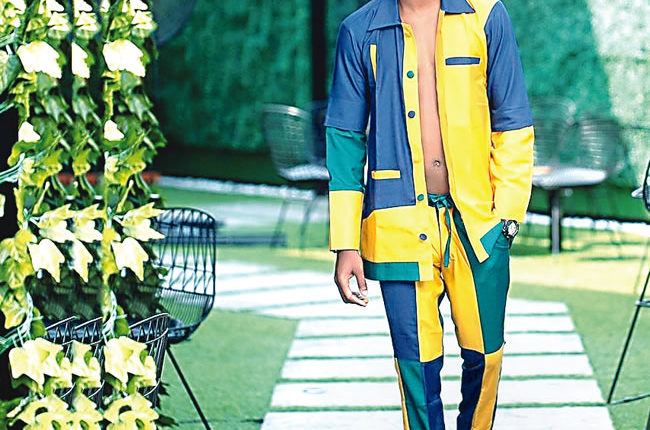 Five months since he emerged winner of Big Brother Naija (BBN), Lekan Agbeleshe, aka Laycon, has become one of Nigeria’s most sought-after entertainers. In this interview with SEGUN ADEBAYO, he spoke about what to expect on I Am LAYCON, his music career and life after BBN.

What was it like starring in your own reality show?

It’s basically me working, living my normal life, and having cameras following me around. When you compare it to how it was in the House, it’s totally different because this time round, I’m around people whom I’m totally comfortable with. I’m just taking it one day at a time and enjoying myself.

What was it like, shooting with your fellow ex-BBNaija housemates?

It wasn’t shooting per se: it was just cameras following me around while doing things I would do on a normal day. The people that were on the show were those who were able to make it because I hung out with other people, but the cameras were not able to capture it. For instance, I did a recording with Vee (on the show) but that wasn’t the only time we hung out. I also hung out with Lilo, Ozo, Prince and Praise. Neo couldn’t make it. Dorothy and Nengi aren’t on the show but I actually spent time with these people while we were shooting the show, but there was just not enough time. So for me, both my old and new friends I found while on the show, I hung out with them on set.

How did the Big Brother Naija House change you?

The two weeks we spent in isolation before I even went into the House changed me, the House changed me and this thing I’m experiencing is changing me. I feel like change is part of growth that one has to add to one’s goal as a person. I’ve made mistakes and people sometimes look at me and say I’m changing but I didn’t go through all those things to stay the same person. I still know what I want to do with my new-found influence and that’s not going to change.

Have the dynamics of the relationship between you and your friends also changed?

There’s a whole lot happening simultaneously. For my friends who are part of my team, even the things we talk about get linked up with work, but it’s understandable. That’s why there was a time I had to buzz Bisi, (my best friend) for us to just gist and talk. I said to him, “don’t come and meet me to say you have this thing by 5 pm, let’s just chill and talk.” I also called Brainee and Scar up, just for us to sit and talk as friends.

What was the following morning after winning BBN like?

I just wanted to talk to my mum and family to see how they were doing.

Did you expect to win Big Brother Naija?

The one thing I didn’t expect was to win Big Brother Naija; so there was no future plan for this. So it’s the one thing I’m happy I‘m going through without having thought about it because, sometimes, when you think about things a lot when they happen, they don’t really shock you and when it happens you start to find a way to adjust. But this one, I’m actually experiencing it, first-hand and while it can be overwhelming, it’s still an enjoyable thing  not everyone gets to experience.

What do you miss most about life before Big Brother Naija?

What’s an average day in the life of Laycon like?

Laycon wakes up with different ideas of what he’s supposed to do and how he’s supposed to go about them without wasting time, and also making sure he achieves most of his goals for the day. He also wakes up knowing that plans can be derailed by some people who influence the day in a negative way, but he just has to make sure that the day is productive.

How do you handle pressure from social media?

I let myself understand other people’s perspective but I don’t let it affect what I want to do for myself because the truth is, I’ve never seen a situation where anybody will go meet the fans and say, ‘You guys should stop doing this’ and the fans listen. They will not stop. I mean they care about you, which is why they do some of the things they do, but regardless, find a way to make sure you’re yourself and let whatever you want to do be the motivation for what you’re doing.

At what point will you tell yourself, ‘I’ve arrived’?

I really don’t know when I’m going to pat myself on the back. I’ve got a goal as a human being, artiste, son and brother, so there are different scenarios. I patted myself on the back when I graduated from the University of Lagos; I patted myself on the back when I saw myself on the MTV Base Top 10 Chart; when I got signed to my label, when I got a scholarship (though I lost it); when I got into the Big Brother House and when I won. So it’s a continuous process. It’s not like for every one of one’s achievements one does not acknowledge them. One might have done something huge because not everybody has got to that stage; one is either one of the few or many. Regardless, there are a billion other people who haven’t achieved what one has achieved. So I feel that for every achievement or for everything that brings me joy, I pat myself on the back.

Why was it so important to surround yourself with your day ones?

For me, personally, I feel like everyone around me knows who I am and they know how I think or react to anything that happens and the best way to handle things without affecting people negatively. That’s why it seems like when I was in the House and they were out here, everything was kind of cohesive. I feel like these people are ready to go the mile with me and for me, so it’s important that one surrounds oneself with people who support, love one and understand what one wants for oneself.

What’s your definition of success as a music artist?

The goal that one has for oneself as an artist – if it’s billboards, stepping on stage, people screaming one’s name – not everyone will get to experience these as an artist but if one lives one’s life as an artist and one doesn’t get to experience that, does it mean one has failed as an artist? If one can change lives as an artist and still one doesn’t get to a level where people are screaming one’s name when on stage, it doesn’t mean one has failed as an artist because for me it’s about the process. If one falls in love with the process of being an artist – creating music, performing, whether it’s on a big or small stage, creating the beat, lyrics and so on – one will never get tired of doing these things. Once one knows that this is a continuous process that even Beyoncé goes through, then that’s what should motivate one. One will also not get frustrated because one knows one is doing the things that make one an artist.

What other projects are you working on?

I’ll be putting out an EP and an album.

What’s on your Showmax playlist?

What do you want viewers to take away from watching your show?

I’m always 100% myself; I make mistakes and grow from them. I have fun with people I’m comfortable with. My first impressions are sh*tty, so I’m misunderstood and complicated but I’m still that guy. I feel like there’s an evolution from me on that show and you guys will see it.