Hunger and the lockdown 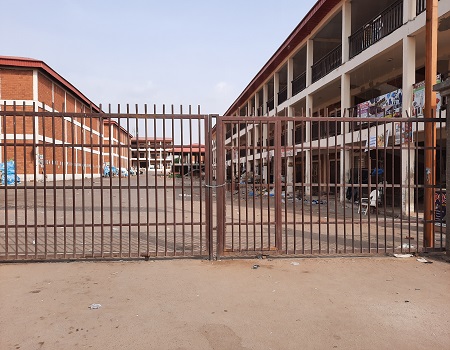 TO say that the Covid-19 pandemic has caught many governments across the world pants down is a huge understatement. Six weeks ago, not even the most pessimistic modellings of the spread of the coronavirus anticipated that things would rapidly degenerate to the extent of literally shutting down the global economy. And yet, here we are, with more than 1 million confirmed cases worldwide, and over fifty thousand fatalities. In Nigeria, as of April 5, there were 224 confirmed cases and five deaths, while 27 people had fully recovered after contracting the virus.

State response in Nigeria appears to have tracked the global pattern. After initial sluggishness, the Buhari administration, to its credit, has moved to get on top of the situation. In this regard, the address to the nation by President Buhari on March 29, while belated, was a step in the right direction, and in regard to measures aimed at curtailing the spread of the coronavirus, two things stood out.

First was the President’s insistence that “As individuals, we remain the greatest weapon to fight this pandemic. By washing our hands regularly with clean water and soap, disinfecting frequently used surfaces and areas, coughing into a tissue or elbow and strictly adhering to infection prevention control measures in health facilities, we can contain this virus.” There is an encyclopedia of medical wisdom in this single sentence, and we urge all Nigerians to strictly adhere to the president’s call. Until such a time, hopefully in the proximate future, when a vaccine or some other cure is found for Covid-19, this is the responsible thing to do, and we urge Nigerians to make a fetish of these sanitary habits.

The second aspect of President Buhari’s address that stood out is the 14-day curfew imposed on Lagos, Ogun, and Abuja, the Federal Capital Territory (FCT), starting 11pm on Monday, March 30. Following this, several other states have imposed different variants of the same measure, to the extent that most of the country is now effectively in lockdown mode. As much-needed steps intended to curtail the spread of the virus, we applaud these measures taken by the Federal Government and individual state governments. If experience with previous pandemics shows anything, it is that it is better to overreact than underreact, and we urge the authorities at all levels of governance to continue to monitor the situation, relaxing or stiffening the lockdown as they may deem necessary. Furthermore, we urge Nigerians to support the authorities in their efforts to bring this deadly virus under control.

Having said that, it is extremely important that the authorities at all levels pay heed to the deep economic sociology of the country as follows: the spine of the Nigerian economy is the informal economy, characterised by the day-to-day exchange of labour for cash. Proudly, the majority of Nigerians work to eat, and very people have unlimited resources, whether in cash or consumable goods. Nigeria is a country of millions of carpenters, farmers, bus drivers, bus conductors, vulcanizers, auto electricians, overworked and underpaid teachers, floor sweepers, messengers, watch repairers, and artisans of various stripes, nearly all of whom live from hand to mouth, eager to catch the break that the next day must bring.

What this means is that a lockdown, while medically sensible, is also potentially ruinous in its financial implications. The remedy recommends itself: government at all levels must step in quickly, at the same speed with which it has imposed a lockdown, and come to the assistance of the poorest of the poor. In doing so, it must enlist the help of financial institutions, civil society organisations, private bodies, business concerns; in short, every entity whose resources can be mobilised. We have already seen in a few unfortunate cases across the country what can happen when people feel pushed to the wall. Especially for the Federal Government, this crisis is a great opportunity to show that it is capable of great things.

We are by no means suggesting that everything should be left to the government. For Nigerians who pride themselves on their sense of solidarity, this is the time to put their monies where their mouths are. For those of relative means, this is the time to loosen their purse strings, and for others, even a simple greeting can go a long way in easing a neighbour’s sense of isolation. In plague time, Nigerians must find and renew their sense of community.

Is Covid-19 a deliberate Chinese creation?

COVID-19: Now, Everybody Is Back Home

Coronavirus: The reversal of the gains of lockdown