How to handle hand sanitizers 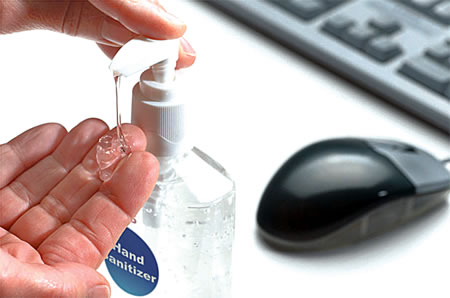 HAND sanitizer is considered as effective at killing germs as washing hands with soap and water, unless hands are visibly soiled. However, experts have cautioned that hand sanitizers be bought from a reputable chemist and should be kept at room temperature to retain its alcohol content that disinfects.

Deputy Director, Pharmaceutical Services, University College Hospital, Ibadan. Mrs Omotola Adegoke, stated that a good sanitizer should contain at least 70 per cent alcohol and keeping its bottle closed and at room temperature is important to retain its effectiveness.

Mrs Adegoke, who heads UCH’s hand sanitizer production unit, said alcohol, the disinfectant in hand sanitizers, easily evaporate and over time, as the bottle is opened and closed, some alcohol may escape and the concentration of alcohol in the hand sanitizer starts to decrease.

She added: “The fact that alcohol evaporates easily because of its relatively low boiling point makes it imperative to be careful where you buy your hand sanitizers and how it is stored.”

According to Mrs Adegoke, hand sanitizer usually contains ethyl alcohol (also called ethanol), isopropyl alcohol (isopropanol) or benzalkonium chloride as well as other ingredients such as water, fragrance and glycerin.

She said that studies have shown that alcohol kills a more broad variety of bacteria and viruses when the concentration exceeds 70 per cent and it works faster as its concentration increases.

In addition, she said studies have shown that alcohol doesn’t lose effectiveness as a disinfectant with its continued application.

Mrs Olukemi Akinbami, also a deputy director, Pharmaceutical services, UCH, Ibadan said that hand sanitizers come in different forms such as sprays and gels and to find the good hand sanitizer, the most important factor is its alcohol content.

According to her: “Even if it contains 10 per cent alcohol, you cannot determine its alcohol content by its smell. As long as a product has the appropriate alcohol percentage, it is okay, regardless of its other ingredients, its scent or brightly coloured or attractive package.”

Mrs Akinbami cautioned against buying any hand sanitizer that say they contain an alternative disinfecting ingredient aside from alcohol or the use of alcoholic drinks as a hand sanitizer when sanitizers are scarce and expensive.

She said currently, prices of alcohol-based hand sanitizers, face masks and hand gloves have doubled since the advent of coronavirus.

Mrs Akinbami, however cautioned further that “direct application of alcohol to the skin may hurt the skin; it may cause dryness or mild irritation of the skin. The hand sanitiser is not pure alcohol; it has other things in it like glycerin, which makes it friendlier to the skin, unlike the plain alcohol.”

Mrs Akinbami declared that hand sanitizers should be applied as frequent as possible, adding that “there cannot be too much application of it; but the washing of hands is the best option and not hand sanitiser.”

Dr Kemi Adekanmbi, an infectious disease physician, at UCH, Ibadan said that for handsanitizer to be effective it must be used correctly.

She said that it requires using the proper amount and rubbing it all over the surfaces of both hands until the hands are dry while not wiping the hands or washing them again after application.

Dr Adekanmbi declared that if the hands are greasy or visibly dirty, hand sanitizer won’t be as effective.

She, however, stated that the culture of regular handwashing should be imbibed by all adding, “we do not know when the next outbreak of disease will be. But the truth of the matter is, handwashing will be protective.”