How to become indispensable 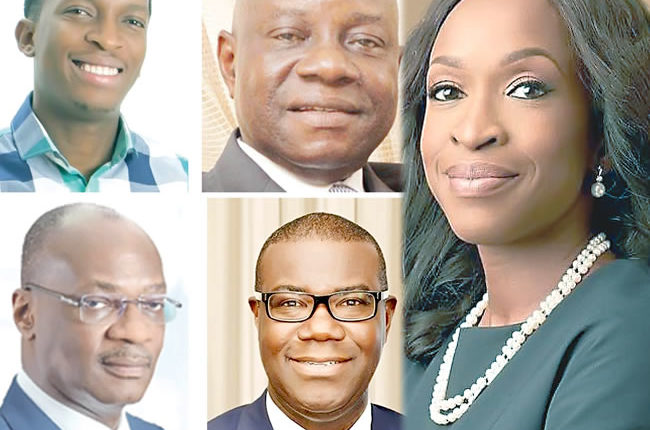 It is said that no human being is indispensable. This belief is anchored on the fact that there is nothing an individual can do that cannot be replicated by others. But the reality is that some people, for as long as they are alive and active, are actually indispensable. Those who deal with them can’t seem to have enough of them, they want to keep them at all cost. This is because of their impact as a consequence of the seeming incomparable contribution they make. While a tree does not make a forest, the fact is that every forest is defined by a particular tree. Those who are indispensable are the trees that define a forest; they define the era in which they operate.

When Lionel Messi, captain of the Futbol Club Barcelona (FC Barcelona) conveyed to the management of the club, through his lawyers, his intention to part ways with the Spanish giants after the club’s dismal outing against Bayern Munich, the whole world was transfixed. The news gave the club’s authority, the fans and even the La Liga leadership the jitters. They all clamoured for Messi to remain in the club despite his expressed desire and a clause in his contract allowing him to leave on free transfer at the end of the just concluded season. For over one week, the biggest sport news in the world was the probable movement of Lionel Messi from FC Barcelona to another football club despite the fact that several footballers were changing clubs at that material time. Barcelona fans held peaceful protests to sway the six-time Ballon D’Or winner to rescind his decision to ditch the club with which he had won 10 La Liga titles and four UEFA Championship trophies. The fans went ahead to tell the club president, Josep Maria Bartomeu, to resign if he failed to prevail on Messi to remain in the club. The pressure was so much that Messi, who started his professional football career with FC Barcelona in 2004, opted to stay with the club for another year.

Why did FC Barcelona fight tooth and nail to keep Messi? The same reason some companies would practically change their rules to keep their star performers. A club needs outstanding players that make winning easy for it just as a company needs employees that make achieving target less arduous. People who fall into this class are regarded as indispensable.

How do people become indispensable?

Do what matters, not what’s easy

Three things are of great importance to any business entity. The first is revenue generation. To become indispensable to any organization, never fail to contribute to the bottom line. However, the contribution has to be substantial to be significant. If your contribution to the bottom line falls within the average, you are not better than an average member of staff and you will be treated as part of the ‘trivial many’. But if your revenue generation is outstanding, you become one of the ‘vital few’. Since no one kills the goose that lays the golden egg, for as long as an employee generates considerable revenue, he will be regarded as invaluable and he will be treated as indispensable.

The second most important thing to an organisation is cost saving. No organisation can be profitable or sustainable unless it is able to save cost. Companies that make money without emplacing a cost-saving system cannot last in business. As a result, great companies value individuals that help them in saving cost.

The third thing is its image, how the public perceives it. This is important because it determines the kind of relationship the public will have with the company, how it is valued and its sustainability. Every organization guards its public image jealously and holds in high esteem those that work towards its attainment of good public rating. So, any member of the organization who strives to improve its public image is treated as indispensable.

Self improvement is a journey, not a destination. This is because deterioration starts the day improvement stops. Those regarded as indispensable never stop getting better. They keep learning new things and thus stay on top of their game.

Whatever you do is a function of what you know and what you know is dependent on what you have learnt. Nobody can outperform his level of knowledge. It is for this reason that those who desire greatness are unrepentantly committed to self improvement. They know that the more they know, the better they get, and the better they get the more productive and successful their organization becomes. So, they stop at nothing to increase their knowledge base on a daily basis. The reward is that the more they know, the better they become and the more indispensable the higher their indispensability rating.

Those who have their eyes on the top top up their knowledge base daily because they know that they face different challenges everyday and therefore cannot rest on ancient knowledge to tackle modern challenges. So, for them, knowledge acquisition is an ongoing activity.

According to Bill Gates, founder of Microsoft, spending one hour daily on reading is a critical ingredient of his success. He says, “Every book teaches me something new or helps me see things differently. Reading fuels a sense of curiosity about the world, which I think helped drive me forward in my career.”

Learning increases capacity, boosts confidence, widens perspective and enhances creativity. Those who demonstrate capacity, display confidence and have a knack for creativity are often indispensable.

Bring your best to everything you do and constantly raise the bar for yourself. What stands anyone out of a crowd is excellence. The world is so filled with average people that it is common to be average. As a matter of fact, it is common to be common. The irony, however, is that even common people don’t like commoners; common people prefer outstanding people to their fellow common people. Everyone is looking for uncommon people to do what they want because they know that whatever they do would be well done. Hence, those who make excellence their brand are indispensable.

Excellence is going beyond set standards. It is raising the bar every time, not occasionally. It is shattering records and setting new ones. Those who want to be indispensable never allow complacency to get hold of them; they stretch themselves every time to beat their hitherto hailed accomplishments.

Those who are indispensable are people-centric. They want to connect with the people, not cut off from them. Therefore, they build bridges, platforms that connect them with others across board. They deliberately cultivate relationships that will enhance their performance. They mentor younger ones and allow themselves to be mentored by those who have gone ahead of them. They make friends across sectors, regions and nations. In spite of their busy schedules, they do not make it extremely difficult for those who need to see them to do so. They give a part of themselves to the people because they know that in the final analysis, people are of more importance than tasks.

There are times when an organization comes under serious pressure. Everything turns topsy-turvy. Projections fail. Targets are missed. Sales are poor and all hell seems let loose. What is done at a time like this will either put the organization on the path to recovery or drive the nail further into its coffin. Those who stay calm despite the turmoil around them in times of crisis are those who turn out to be indispensable because they are the ones everyone turns to for guidance.

Having a crisis is not the problem; the real problem is what is done about what has happened. Jack Canfield, author of The Success Principles, gives a formula in that book thus; E + R = O, where E stands for event, R stands for response and O stands for outcome. According to Canfield, the event alone does not determine what happens; it is the response to what has happened that determines the outcome. So, if there is a crisis and the response to the crisis is right, a positive change will follow the crisis. However, if a crisis is followed by a negative response, it may lead to a cataclysmic change.

Those who are able to put their emotions in check in times of crisis have an advantage over others because they see what others don’t see. They understand that sunset is not a permanent situation but a mere prelude to sunrise. Consequently, they do not make the darkness, occasioned by sunset, their focus, but strategically prepare for the coming of the sun. This determines what they do in difficult times and this makes them indispensable.

Those who go beyond the call of duty to handle the critical, rather than the convenient become indispensable.

The type of honor to avoid