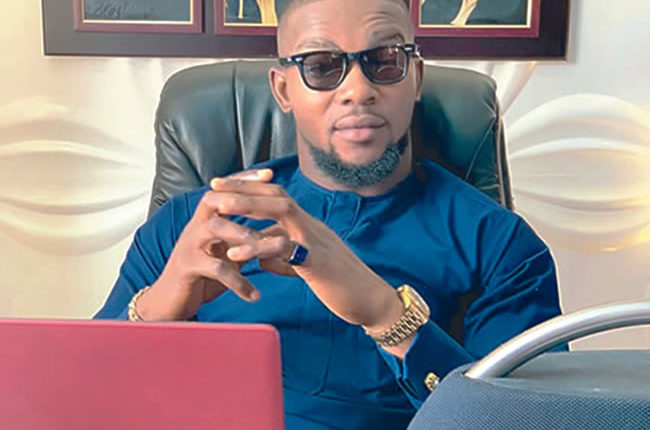 Ayodele Donye is popular Nigerian jeweller who enjoys patronage of the crème-de-la-crème of the society. In this interview by SEGUN ADEBAYO, he sheds light on the peculiarities of the business as well as his plans to go global, among other issues.

Luxury life they say is an expensive one and you are into the business. How difficult was it for you to start?

It was a big challenge. I have always loved jewellery and the love drove me into the business. After I was done with schooling, I decided to try the business out. I made some research, hooked up with people and I started from there. It is not an easy business. You need lots of connections and big personalities who can pump money into your business and patronise you. I started by getting things from sellers and linking up with buyers. It took me years to grow and we are still growing.

How long have you been into the business?

I have been into the luxury business since 2015.

Why Ibadan as your base given that people believe cities like Lagos, Abuja and Port-Harcourt are more sophisticated?

I came into Ibadan in 2010 for my degree at Lead City University to study Mass Communication. When I finished, most of my friends moved to Lagos but I didn’t feel like joining the crowd, especially because of the fast-paced life of Lagos. I preferred the peace of Ibadan. I was initially posted to Abia State for youth service, but I redeployed to Ibadan and started my business. While my base is in Ibadan, the operations are not limited to Ibadan. Thanks to social media, I navigate round the world doing business.

Selling ostentatious goods is not what anybody can just wake up to do. What are the things that drive this business for you?

The first is publicity. You need more people to be aware of your brand. One also needs to build the trust because people wouldn’t easily entrust their millions with someone they barely know. Over time, the trust has grown. There are testimonies from people which we post regularly on social media and people are getting convinced. Now, people from overseas place orders and we deliver accordingly even without having met physically.

Jewellery business because of the nature of goods involve often require security. How have you been able to cope with this?

In Nigeria, for instance, jewellers barely have stores because of the security situation in the country. We have a store in Ibadan but the kind of jewels we put there are just steel replica and samples of the original ones. Our store also functions as a pickup point. But our work is delivery. We don’t keep such goods in plain sight.

You have been in Ibadan for some time. How do you feel operating from Ibadan?

I won’t lie, I feel a bit limited. There is a need for me to expand and I am working on having a branch in Lagos and Abuja. Ibadan is a very peaceful place and easy to navigate but one just has to expand.

Your line of business requires customers with a high sense of fashion and you being a model. Does that get to you?

Sometimes when I step out, I get reactions from people that I might be a fraudster because of what I look. People have the mindset but there’s nothing one can do about it. It doesn’t really get to me.

You appear to be a fashionista. Is it a must to be one in order to thrive in the luxury business?

Well, my own sense of fashion is personal. Right from my school days, I got awards for being the best-dressed and most attractive. I have always loved to look good. I believe the more I look good, the more I embody my business.

Can you be called one of the guys making things happen in Ibadan?

I am yet to get that level, I think. In terms of success, I am getting there. There are levels to reach and stages to attain.

Things you can’t be caught doing?

I can’t be caught wearing the jewelleries I sell. Maybe because it’s the business I do, it’s not something that is part of my lifestyle.

What are the peculiar challenges in your line of business?

Most of the Rolex watches we sell are got from the producers. We face challenges from authorities because when they see the kind of goods being imported, they hike charges and expect us to settle all of them. Another challenge is the impatience of clients. Some people think to get gold or diamond is straightforward, that we just order and they bring it. Making gold, for instance, is very tedious. But people expect their job done in two weeks. So, it is hard convincing them often because of the money involved.

How much did you start your business with?

I tried a couple of business before venturing into jewelleries. I didn’t really start with capital. All I did was to task my brain. I had some other jewellers that could give me stuffs to sell. So, I used link them up with buyers. I started from there before building my own outfit.

Where do you see yourself in the next few years?

My projection is having standard stores in Lagos, Abuja and one other distant state. Once the pandemic is over, I would be creating presence in some countries. Sitting in Nigeria alone is limiting. One needs to go out there, meet people, do more research and explore the outside world for clientele.