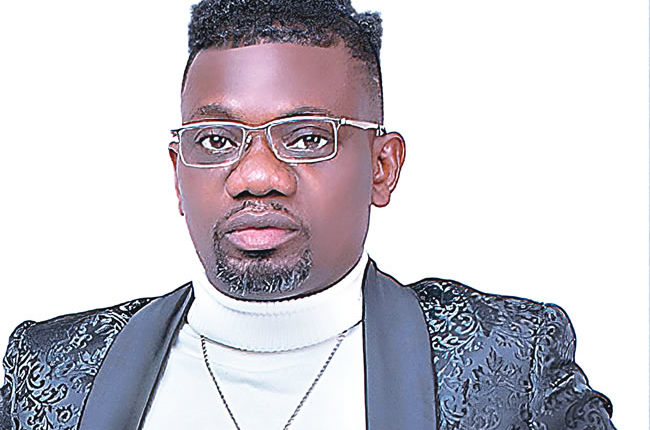 You had to cope for six years without a mother, would you say that the experience was a tough one?

I cannot recollect what happened between my mum and dad, but they had issues. We [my siblings and I] lacked motherly care but it was not that tough because I had the best dad in the world. He was a caring father who wanted to make sure he gave his best to his children. When my brother wanted to travel to the United States, he sold his property to get things going and today, my brother is blessed. When my younger brother wanted to travel too, he did the same, even though things didn’t initially work out. It was until much later that he travelled. During this period, I was free and independent. We could go out and play around because my dad was usually coming home on weekends. But we decided to devote more time to our studies.

And you didn’t go astray despite the freedom?

At what point did you reconcile them?

It was when my paternal mum died and all my uncles came back from the United States that we seized the opportunity to do the reunion. My sister and I talked about it and we went to meet him and said ‘Dad, we know this and this happened. We just want to plead with you to forgive her.’ So, he agreed to reconcile with her. And that was how we got to reconcile their differences. Funny thing was that it was Uncle Moses that came that day with cutlass to chase my mother away. Even if one’s brother and his wife had issues, one is meant to settle it and not worsen it. We saw him as a wicked man. I could remember a day this same man asked me not to come to his house for the rest of my life. And I told him, ‘you just sent me out of your life not out of this world and what you have just told me now is to go and make it in life.’  And I walked out crying. So, I would always call myself back whenever I wanted to go astray that I promised a man I would make it in life and I must make it.

His son had just come back from America and we are age mates. They came back to Nigeria when they were young and left about 15 years after. So, as of the time they finally returned, we had not met for about five or six years. And when he came, he could not reach me because there was no mobile phone at that time. And he had already given out all he brought by the time we met. So, when we finally met, he said ‘Wow! My best cousin. Honestly, I have given out everything I brought. But, don’t worry, all these clothes I am wearing, they belong to you. I don’t need them. When I get back to America, I will get new ones.’ So, there was a day he gave me a short and a top to wear, but they were too big for me and I did not have a belt. Immediately he went back to America, his dad (my uncle) told my dad that I stole his belt. My dad felt so bad and he sent for me. But, I told my dad, ‘how could I have done that? It is not possible.’ So, he said I should go back to his brother and explain.

What was his reaction when you got there?

He felt that I used juju to collect all the clothes his son came with and that it was only singlet he wore back to America. How on earth was that possible? As a matter of fact, what did a little kid know about juju? It was so obvious he wanted to taint my image. Despite pouring out my heart to him on the issue, he sent me out. I cried on my way out promising to come back big and told him God was still in the business of positively surprising his people. Angrily, I threw the belt before him and left. Surprisingly, it was that same year my brother got a visa to travel to the US without their help. Not too long after, I wrapped up my NYSC programme and got a job at Virgin Atlantic. I started flying everywhere. Within three years, I had exhausted the pages of three passports.

Have you met the uncle since that incident?

I saw him 10 years ago and I told him I had not heard from his son (the cousin of mine who gave me all his clothes since he left for the US). He then asked, ‘Did he not call you?’ I said ‘No, he did not.’ So, he said ‘You just let go if he did not call you.’ Three years after I saw him, I travelled to the US and fortunately for me I saw my cousin. We reconciled and he was happy to see me. All of these made me stronger and stronger.

To what extent did the experience make you stronger?

While I was at Virgin Atlantic, I was a member of the cooperative society and I was putting half of my salary there. This was around 2005 and I was earning about N119,000. So, whatever you save, you can take double of it as loan. So, whenever we were on night duty, I go for video editing class online. There, I started learning videography. Before anyone could say ‘Jack Robinson’, I had mastered it. So, I travelled to London where I bought my first camera and the money I used in buying that camera was from the cooperative society. Then, I came back to Nigeria practising while still working at Virgin Atlantic.

When exactly did you decide to pursue photography?

When I got back from London, I needed to show people what I could do with the camera. But, I had to use myself as a model because I sing. So, I shot a video for one of my songs by myself in order to have something to show to people that I shoot videos. So, I borrowed 1,500 dollars from my brother who lived in America and I shot the best video. Fortunately, I started getting jobs to shoot video for people as a result of the positive assessment of my video. So, it was at that point that I knew that I needed to go to the US to study photography and I resigned from Virgin Atlantic.  Thankfully, it was not quite long I left that someone else took over and Virgin Atlantic collapsed. People just came to work one day and they were told to just go back home.

When did you hit it big in the photography space?

While strategising, I made samples of my album and took them to event centres. So, when I see people who come to book for an event hall, I approach them but the next thing they thought of was you want to beg for money. But, I made sure I looked good and smelt good. Before you know it, I flip my album and when I flip to the first page, you can’t take your eyes off it. I often say, ‘Good afternoon, ma or sir. I am a photographer. I was based in London and just got back. I just want to show you this – it is a synthetic album.’ There were two major clients that ‘blew’ us; one was a wedding ceremony done by the daughter of a German Consul-General. We had the shoot inside the German Embassy. The second was the daughter of a former JAMB Registrar, Professor Dibu Ojerinde. It was really huge with very nice concepts. It was from there my pictures started occupying the media space. After these two events, clients started booking us and we rose from a normal-level client to a top-celebrity client. Mr. Femi Otedola is also my godfather.

Can you shed more light on how Otedola became your godfather?

We were meant to do a job for the current Managing Director of First Bank, Dr. Sola Kazeem Adeduntan’s 50th birthday and that was how I met a lot of people. The man just adopted me and he gave me freely the contacts of all his friends I needed to do a documentary for. Mr. Femi Otedola and I met and we just bonded. That is the most humble man I ever know in my life. And he said I should meet him in his office on a Monday but I said I couldn’t make it. He asked why and I said I would be going to school. He said ‘you, school?’ I said ‘Yes.’ He said ‘What school?’ and I said ‘Lagos Business School.’ He was extremely impressed that a photographer could be going to LBS. He said ‘how much do you pay?’ I said N2.5 million. He was really impressed and that is how we got connected. So, I have done a couple of jobs for him, including the last event he did for his daughter (DJ Cuppy) in Abuja. He really paid us well. I said, ‘Sir, I want to support you with this.’ He said ‘Kunle, are you okay? You want to support me or I should support you?’

What gives you so much joy, money?

I have trained so many people on this job and what gives me so much joy is when I see them doing great on their own. Five of my staff members have got married and five have started their own businesses and doing so well. In fact, one got married days ago. Success to me is how many people you can lift up from nothing to something. Thank God I have a good wife who is solidly behind me.

How I was almost killed during Zango-Kataf crisis —Gombe commissioner

How I met Awo, got my nicknames —Ebino Topsy