How Dylan Blyuss is changing the game for aspiring sales entrepreneurs 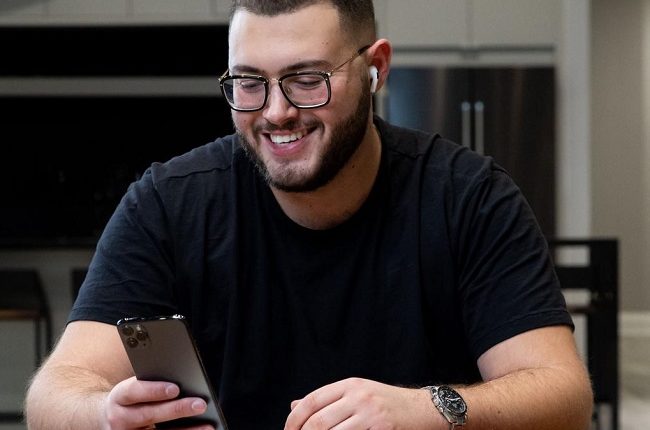 As a sales trainer, Dylan Blyuss believes in establishing relationships with those inside and outside your business. From getting his start in door-to-door sales to scaling his agency to over 100 full-time sales executives, Dylan understands the importance of making an impression on those you are selling to and an impact on those you are selling with.

His career initially began at the age of 16, washing windows to make extra cash. Once he added door-to-door sales to his daily responsibilities, though, he realized he needed to bring in additional help. After a few months of focusing his efforts on door-to-door sales, allowing friends to fulfil the window cleaning services, Dylan was bringing in $15,000 a month. That’s when he knew he was onto something.

From there, Dylan hired sales reps to duplicate his sales efforts, allowing him to focus on management and leadership, ultimately scaling the business to just shy of seven figures in two years. During this time, he realized that he had a passion for building strong sales teams. He also realized that there was a gap in the market that no one else seemed to be filling. Dylan says, “While building my door-to-door sales business, I realized that online education was starting to boom. I also realized these online educators had nobody to sell their programs or products. That’s where I stepped in and offered to build remote sales teams for online coaches, consultants, and entrepreneurs, and built what is now one of the fastest-growing sales agencies in the world.”

In such a business relationship-oriented industry, Dylan notes that his greatest challenge has been managing a wide variety of people with a wide variety of personalities. “When you first start a business, you learn how to master your own inner game,” he explains. “However, the moment you want to scale, it requires the help of other individuals. That’s where you have to learn to understand other people’s mindset and personalities and learn how to lead individuals in a certain way.”

Today, Dylan and his team are responsible for over $30 million in sales. His next goal is to scale World Class Sales Agency to $100 million in sales, helping to build over 100 remote sales teams for businesses, coaches, entrepreneurs, and consultants. Nevertheless, Dylan doesn’t define success in monetary terms. He says, “People over profits. There’s a certain level of happiness when you do it yourself, but there’s a whole other level of happiness when you help others make it happen as well.”

The British Parliament at the Westminster Hall held a debate on ‘e-petition 554150, relating to Nigeria and the sanctions regime’ on Monday. The government of the United Kingdom has however responded…How Dylan Blyuss  How Dylan Blyuss

The surprise visit made on Friday night by the leaders of the ruling All Progressives Congress (APC) to former President Goodluck Jonathan at his residence in Abuja triggered a stir in the major political camps, resulting in at least four possible theories..How Dylan Blyuss How Dylan Blyuss