How Dylan Baker learned to work smarter with automation 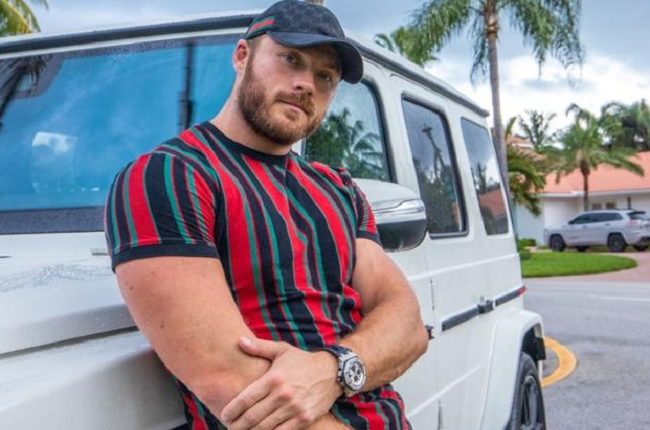 Dylan Baker learned the importance of a strong work ethic from his multiple blue-collar jobs. Living in Lexington allowed him to explore the limits of what he could do in a single workday, but he began to wonder if there was a better way to make money. Seeking a better life in his early twenties, Baker began attending Pikeville College.

But Baker soon found out that college life wasn’t what he hoped that it would be. Due to the organization of the institute and the fact that many subjects weren’t applicable outside of class, Baker struggled in college. “I didn’t think it was for me because I felt as if I was being forced to learn about things I didn’t have any interest in for one, and also I was being forced to learn in a way that didn’t always give me the best chance at retaining the information and having success.”

He ended up dropping out and for a while, believed that he had lost his chance at becoming successful. He had been taught, like many people are, that college is the only way to learn how to lift yourself out of poverty, or to succeed in general. But this wasn’t true for Baker. “In today’s time, almost everything is available to you for free on the internet so in my opinion college isn’t as valuable as it once was. I also believe that if you’re getting into entrepreneurship, you’d be better off finding a mentor who’s had success in what you’re trying to do already to help shorten the learning curve for you.”

As Baker was working on a Toyota assembly line, years after dropping out, he saw an Instagram ad for selling on Amazon and decided to give it a try. He wasn’t immediately successful, but after a few months, he decided to take a leap of faith and go all-in to the eCommerce industry. But his funds grew over time and with them his confidence in his abilities. He encountered many pitfalls, such as lending limitations due to his credit score, and had to learn how to overcome them.

“In this business [ecommerce], credit plays such a vital role in your ability to successfully fulfil orders at a high level and scale. Therefore I learned early on the importance of credit and invested in getting my credit right to secure a lot of funding to help me invest in my accounts. I also had to learn how to delegate tasks to things that didn’t require so much time to focus on the things that did.”

Baker’s ability to delegate tasks freed up his time while his passive income grew without his need to micromanage. But that free time wasn’t wasted. Baker had to spend as much time learning if he was going to be successful. He searched for a mentor but didn’t wait for one, instead of learning by trial and error the best way to grow his business. “There were still plenty of challenges I faced and fear at times of things I didn’t understand since I was new.”When Baker did find a partner, he had already learned all that he needed to in order to grow his passive income. But being a risk-taker from a young age pushed him to want a more active role. At a networking event he met his future partner, who had the knowledge to fill in the gaps of what Baker knew.

“We had a couple of different conversations and we were both looking for the opposite type of investments. Him with passive and me with active. After working on a store with him for quite a while and showing him the potential of selling on Amazon, We decided to get into business together.” This partnership allowed Baker to become an active member in his success by teaching others how to do the same. This next stage of his life is what Baker has looked forward to and with the firm foundation his passive income gives him he can’t wait to see how many people he can help.

The British Parliament at the Westminster Hall held a debate on ‘e-petition 554150, relating to Nigeria and the sanctions regime’ on Monday. The government of the United Kingdom has however responded…How Dylan Bake  How Dylan Bake

The surprise visit made on Friday night by the leaders of the ruling All Progressives Congress (APC) to former President Goodluck Jonathan at his residence in Abuja triggered a stir in the major political camps, resulting in at least four possible theories..How Dylan Bake  How Dylan Bake