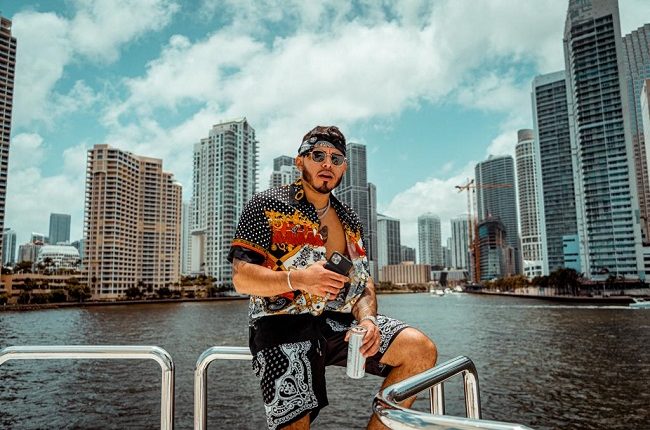 At the age of 20, Raphael Vargas had a life-changing encounter with a stranger who promised to teach him how to break into real estate for thousands of dollars upfront. But instead of helping him, the stranger took his money and fled, leaving Vargas with only the idea that real estate could change his life if only he could figure out how to operate in it.

“He said he wholesaled houses. I said I’ll do anything to learn, and he charged me $3,000 to learn, and he robbed me. [But] from there he gave me the idea. And I went to YouTube and studied.”

Before then Vargas was supporting his mother and trying to become a musician while working any odd job he could. Since the age of 11, he had worked at a carwash, in landscaping, and in restaurants. These jobs taught him that every person added value to a company, regardless of their title and to keep getting up when he was knocked down. “It kept me humble. Always. To treat everyone with respect, whether it was a billionaire or a dishwasher. Which translated to others in business respecting me because of my humbleness.”

This mentality proved invaluable when he was robbed, as he had been hardwired not to give up. So Vargas sold his musical equipment and prized Spizzikesjordans. He began learning using free online resources and cold-calling to land deals. After 9 months he finally closed on his house, making $30,000 on one house. This success fueled him and led to exponential success as he continued on. By his third year, Vargas made $1.5 million and knew it was time to form a company. “I built a large sales team, marketing, [and] management. I learned through [the] many consultants that I hired.”

He learned through this time to listen to the experiences of others, even those who aren’t top names in the industry. His mentor, a wildly successful real estate developer, taught him to listen to God for his business model. Through this, he decided that his company, “Real Empire” would operate providing the same service that the stranger years ago promised to. “Real Empire” taught people with no prior experience how to succeed in the real estate market and in doing so allowed Vargas enough success to retire his entire family and live the life of his dreams.

“I live a pretty extraordinary life. Nice cars, vacations that are lavish, [and] jets. I’m 28 so I love experiencing life. But also, My family is 100% retired, that’s the most important.”

While success was incredible, it couldn’t last. With the changing markets, the flexibility he learned in his early life doing side jobs, became useful once again. When a friend warned him that covid would likely spread to the United States and impact business, Vargas prayed to see what market would be best to shift his focus into. He decided on Amazon as the next big step, at first investing and then building a second company with the same business model as the first, but for eCommerce instead. This new company “Real Ecom” teaches individuals how to make passive income to sustain them in an uncertain economy and streamlines much of the accounting that goes into that.

Through the many ups and downs of his life, Vargas never lost sight of his goal, or who was responsible for his success. “I was able to do all of this and now inspire other people to find their own purpose in life through God.” Want to learn more about the opportunities Real Ecom provides?

The British Parliament at the Westminster Hall held a debate on ‘e-petition 554150, relating to Nigeria and the sanctions regime’ on Monday. The government of the United Kingdom has however responded…How real estate  How real estate

The surprise visit made on Friday night by the leaders of the ruling All Progressives Congress (APC) to former President Goodluck Jonathan at his residence in Abuja triggered a stir in the major political camps, resulting in at least four possible theories..How real estate  How real estate

How Dylan Baker learned to work smarter with automation

On the cusp of a new line, KEPHI founders reflect on the brand’s mission