How big can a company grow? 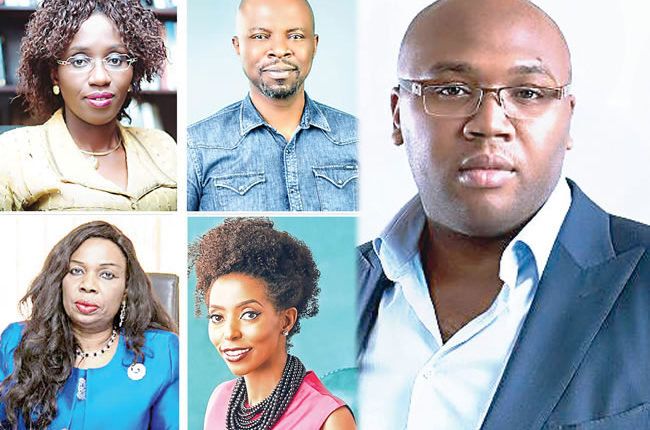 Arthur Guinness had the vision of building a business that would outlive him and subsist for thousands of years. So, in 1759, Guinness, founder of Guinness Breweries which is now part of the Diageo Group, signed a 9,000-year lease agreement with the Irish authorities for St. James’ Gate, where the brewery is located, at IR£45 (Irish pounds) per year. Although the company later bought out the originally leased property years after the demise of its founder, the company was helped by having a founder who was thinking 9,000 years ahead. Arthur Guinness died at the age of 77 years but he had a plan in place for 9,000 years. That is the power of vision. If Guinness is thriving, it is for no other reason other than that it was founded on a vision that voted against the company becoming a minion.

Nigerian Wire and Cable Plc had everything going for it. It was the clear market leader in the wire and cable sub-sector of the economy. Its products were cherished not just in Nigeria but also in the West African sub-region. The demand for its products was so high that at its peak, it was running a 24-hour shift. It was the pride of the owners, the workers, the community where it operated and the government because as returns were being made to the owners, so were workers getting well remunerated just as the community was benefitting from the corporate social responsibility efforts of the company and the government was getting its taxes.

But the company that was doing so well to the extent of exporting its products ran into liquidity problem in the early 2000s. It was a surprise to many, but the owners rallied round to get new investors who injected fresh funds into the company. A new board was constituted and a new management emplaced. The company roared back to life and so did its machines. New lines were added, products started coming out once again and it was as if the company never had any problem. But the resurgence was short-lived. The company soon went back to its old ways and found it difficult to pay its bills. Unfortunately there were no new investors to raise money and no fresh funds to be injected into it, so the company had to go down. This was in 2009.

Established in 1974 as a joint venture between the defunct Western Region Government of Nigeria and Sumitomo Electric Industries Ltd, Japan, the vision carved for Nigerian Wire and Cable Plc by the founding fathers was for it to cater for the wire and cable product needs of the Nigerian market. It was the pursuit of this vision that stood out the company and made it extremely successful in its early years. However, over time, successive leaders of the company shoved the vision aside and pursued their personal vision of festering their own nests. With that, the focus of the company shifted from satisfying its customers to satisfying its managers. Thus began its slide first into illiquidity and, eventually, into liquidation.

It was neither technology nor competition that killed Nigerian Wire and Cable Plc; it was the limit of the vision of its leaders that did it in.

Putting a company on the path of consistent growth

Have a trans-generational vision

The undoing of many business owners is that the motive for starting the business is to have bread and butter. If a business’ foundation is premised on survival of the owners, the vision would be limiting and the owners would sacrifice the growth and potential of the company on the altar of immediate gratification.

For a company’s growth to be exponential, it must be founded on a vision that is trans-generational. Having this kind of vision would make the company relevant across generations and that would fuel its permanent growth. Although Coca-Cola started as a small Atlanta, Georgia beverage company, there was no doubt that the company would grow to become a multinational because of its founder’s vision, which was to refresh the world with the drink. That initial vision has been turned into its purpose with an addition. So, the company’s purpose now is “To refresh the world and make a difference.” The current vision explains the purpose of the company. The current vision is “To produce drinks that people love and done in ways that create a more sustainable business and better shared future that makes a difference in people’s lives, communities and our planet.”

For a company to stay on the path of consistent growth, its leaders must always stay hungry and never give in to complacency. Every organization is a reflection of its leaders. If the leaders of a company are hungry for success, they will never get to a point that they feel they have to slow down because of the accomplishment of a feat. Rather, every feat is regarded as a launching pad for new accomplishments. This keeps the company vibrant and makes its growth unstoppable.

Sony was already a global brand before it came up with its Walkman on July 1, 1979. This device, which allowed individuals to enjoy music of their choice wherever they were and anytime they wanted, revolutionized the electronics industry globally and played a major role in pushing Sony to the fore as the leading electronics company as the product sold over 400million copies.

The Walkman was developed at the instance of Sony co-founder, Masaru Ibuka. Ibuka, a music enthusiast, loved to go about with Sony TC-D5, so as to be able to enjoy music wherever he was. When he had to make some long flights in 1979, he requested one of Sony engineers, Norio Ohga, to develop something smaller and more portable than TC-D5 so that he could enjoy music on the flights.

Working with Sony Pressman, a portable, monaural tape recorder, Ohga was able to design the Walkman to enable Ibuka enjoy his choice of music on his trips. Thus was born the Walkman.

But rather than build on this feat which earned it a fortune, Sony embarked on a long chest-thumping binge. By the time it returned to reality, Apple had built on the Walkman to develop the iPod. Thus, despite giving the world its first mobile stereo music device, Sony failed to move to the next stage. Apple beat Sony to it by coming up with the iPod.

Apple learnt from Sony’s mistake and has made it a company policy to improve on its offerings every year. That has paid off as the company has held on to its domination of the industry.

What customers want the most is convenience. They pay for products that will bring ease to them. Therefore, to be on the path of endless growth, a company must make making life easy for its customers its priority. Making life easy for customers entails leveraging technology to improve service delivery. A company that would not be left behind by customers must be at the forefront of deploying technology to improve its products and services to the delight of the customers.

Leveraging technology is important because it allows businesses to exceed the expectations of their customers. A company that consistently exceeds customers’ expectations will continuously experience growth.

Before the advent of Globacom on the Nigerian telecommunications scene, the refrain then was that it was impossible for telecoms subscribers to have per second billing. Then callers had to pay for a whole minute even if their calls lasted only three seconds. But when Globacom started operation, it leveraged technology to offer per second billing and that pulled customers in millions to the new entrant.

A company that ignores technology would be ignored by the market.

The strength of any organization is its team. A company cannot be better than the collective capacity of its workforce. Therefore, it is impossible to have a business which grows continuously without having the right team.

For this reason, great leaders spare no effort to get good members on their teams. They painstakingly and deliberately source men and women who they believe have the capacity to contribute to the realization of the vision which they have for their organization or group. They go after those who will bring their expertise and experience to bear on the group’s aspiration to achieve a goal. With a good team in place, the aspiration of the group becomes realizable.

With great team members who buy into the vision of the organization, the purpose, values and strength of the company will be handed down from one generation of workers to another and that helps in the consistent growth of the company.

A continuously growing business is a work in progress.