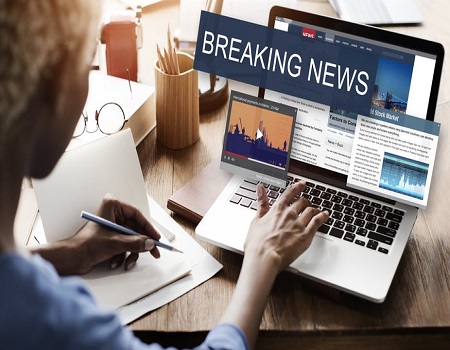 One of the recently held 23rd Lagos Book and Art Festival (LABAF’s) activities was a session on the survival of art magazines in Nigeria.The session, which also doubled as the launch of online culture magazine, AnoteArtHub (www.anotearthub.com), was themed ‘Prospects and Challenges of a Culture Magazine in the Nigerian Art and Culture Ecosystem’

The panellists, all of who worked in newspapers, highlighted the gaps in culture reporting in the existing newspapers that made them establish their platforms. Ajeluorou said the ever-shrinking spaces in Nigerian newspapers and the need to cut a niche for himself birthed AnoteArtHub, an online platform focused solely on art and culture. AnoteArtHub, he said, is both an art and culture platform and an online market for the sale of Nigerian and Afrocentric art-related materials.

Ajeluorou further stated that while there were many arts pages in the past, the situation has radically changed. The arts now barely get two insufficient pages weekly. He also blamed the poor national coverage of arts and culture programmes on the orientation of outstation journalists who do not take arts seriously.

Publisher and editor of ASIRI Magazine, Adebowale said his platform “is a digital repository of Nigerian history and archive, launched eight years ago. Over this period, we’ve done a lot in promoting Nigerian history, culture and arts, looking at heavily researched information, deep archival material and footage of Nigerian history, dating as far back as the 1900s. It is more like a research portal. We don’t do daily news or events, and whatever is seen on the website is strictly research on history, art and culture.

“This was coming from a place where we need to learn our history; we need to fill that gap between the past, present and moving to the future. We grew up hearing the stories of colonial masters, some of which were inaccurate. ASIRI Magazine came as a platform to bridge that gap — to tell Nigerian stories the way it is, with proper research, to fill up the gaps. Over the years, we’ve done a lot in promoting Nigerian history.”

Sowole of ‘African Art with Taj’ said, “For almost three decades, I’ve written on different genres — movies, music, books and literature — but I started specialising in visual arts in 2000 or thereabout. Along the line, I noticed the digital world would change, as we have seen now. The print doesn’t seem to be expanding in scope.  Over 10 years ago, I saw that we might need to run alongside the digital platforms.

“The art galleries are expanding, and the artists are doing massive works, but the print doesn’t seem to be catching up. So, I needed to create that platform. When I created the platform, I thought of it as something to document my works, but to my surprise, many people are finding the platform appealing. When writing reviews for art, particularly contemporary art, the space you need to express yourself needs to be constantly updated, so people can key in and appreciate what you, as well as artists, are doing. We currently have upcoming artists who are more aggressive in what they are doing, and the online platform works easily for them. And I hope that we will get more art historians who will key into what we are doing in the future. There are lots of artists and art historians graduating from schools, and the online platform has created a sort of ventilation for people to express themselves, particularly young artists and historians.”

On ‘The Lagos Review,’ Kan said, “I came to Lagos a few months after ‘The Guardian Literary Series’ had been stopped.  I just finished school, and I was full of ideas and wanted to write, and ‘The Post Express’ gave us that platform, so we wrote poems. [Nduka] Otiono had a column called ‘The Grand Standing,’ where you could talk anything you wanted.

We also published literary essays and other things. It was grand because we had these books when I was in school, which were like an introduction to Nigerian criticism. Then the ‘Sunday Sun’ asked me to do a kind of literary spread in 2009, which I did for four years. A journal could come up quarterly, but we wanted something that is a bit more magazine-like, so we decided to do ‘LagosReview;’ myself, Dami Ajayi, and my partner, Peju Akande. We’ve been publishing since 2019, and it’s been going well.”

While speaking about ‘Artbeat,’ its founder, Okechukwu, who joined the session via Zoom, said, “’Artbeat’ started in August last year, but preceding it was ‘Oke’s World’. The idea was to have something personal to express my thoughts on visual art — you could also call it an extension of what I do in ‘ThisDay.’ ‘Oke’s World’ was a free site at the time, like WordPress. Therefore, there was a lot of limitations. Eventually, after the lockdown last year, suggestions came from different portals on making it a website. I thought of choosing a domain name, and I explored a lot of options. And I also wanted to expand the media, possibly including videos and podcasts, which seemed ambitious at the time, but I decided to start with videos.

“My main focus is on visual arts, though sometimes we have sponsored stories from film and theatre. I would call it an online column to extend what I could have been doing in ‘ThisDay,’ by adding videos, because it would make more sense if these things are seen in a video form and add more images. That was what motivated ‘Artbeat,’ and so far, it has gained traction. There are lots of readers outside Nigeria. I also noticed that I also have quite a growing number of audiences in the U.S., U.K., France, China and Saudi Arabia. The amount of engagements on the site is surprising, and there are readers from all over.”

Awofeso also took part virtually and made submissions about ‘Travu Magazine.’ According to him, “I am a travel journalist, but I combine art and travel. My primary interest is travel, but underlining that I’ve had some interest in the art and history of Nigeria and our festivals. I’ve been more of a freelance writer than a full-time journalist, and I’ve been known as a freelance contributor. My publication has evolved from different names to become what it is now. I started with ‘Journeys Around Nigeria,’ which I later changed to ‘Journeys.’ I later changed to ‘Waka-About’ since the brand ‘Journeys’ was too generic. it was just me travelling around the country and writing about my experience.

“After a while, many people were using the name ‘Waka’ so I decided the time had come to rename the brand, and I came up with ‘Travu.’ ‘Travu’ is just the same thing as ‘Waka-About,’ which deals with art, culture, festivals, book and movie review. ‘Travu,’ right now, is exclusively virtual, and we have an annual special edition. ‘Travu’ was launched during the pandemic on July 1, 2020. Nigeria deserves to have art and culture publications, but we live at a time when art and creativity are exploding in Nwereria, and all of us can’t do justice to it, be it entertainment or performing arts. We don’t have enough writers to cover Nigeria’s vast art space.”

What came through from the session is that there is a future for online arts and culture magazines or platforms due to the harsh economic realities constricting spaces in traditional newspapers. Chair, CORA Board of Trustees,  Chief Kayode Aderinokun, later launched  ‘AnoteArtHub.’

Eulogies, dirges for an exemplar

A Fork in the Road: Which Way, Nigeria?