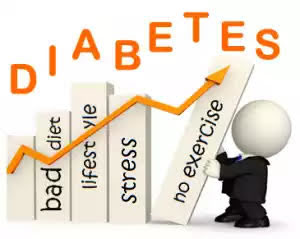 THE supplementation of a formula containing seven herbal extracts has shown effects comparable to the blood sugar control drug metformin in prediabetic and newly diagnosed diabetic patients, according to an RCT by Sabinsa.

This is according to a 120-day randomised, double-blind, two-arm study sponsored by Sabinsa Corporation.  Findings of the RCT were recently published in Diabetology & Metabolic Syndrome.

GlycaCare-II is a herbal supplement containing extracts of Cinnamomum cassia, Momordica charantia, Pterocarpus marsupium, Gymnema sylvestre, Salacia reticulata, Eugenia jambolana, and a bioavailability enhanced piperine from Piper nigrum. Of which, cinnamon, Momordica charantia, and Pterocarpus marsupium extracts exist in the largest quantity, with a tablet containing 150mg of each of these extracts.

Cinnamon polyphenols have shown insulin-like activities, while charantin from Momordica charantia exhibits antihyperglycemic effects with a mechanism similar to insulin.

On the other hand, C-glycosides from Pterocarpus marsupium could increase glucose uptake by skeletal muscles, said the researchers, citing findings from existing studies.

“Although various herbal products are in use for T2DM, only a few products have been compared with metformin, and even in the comparison, the outcome of antihyperglycemic activity was lower than that of metformin.

“Hence, the purpose of this study was to evaluate and compare the efficacy and safety of GlycaCare-II against metformin for the management of T2DM in prediabetic and newly diagnosed patients,” the researchers said.

The subjects’ HbA1c, fasting blood sugar, and postprandial blood sugar was measured, and the differences between the effects of metformin and GlycaCare-II were compared.

Findings showed that both the herbal formula and metformin were equivalently effective in reducing HbA1c in both prediabetics and diabetic patients.

In the diabetic patients, the HbA1c levels of the intervention and control groups significantly reduced to 6.52 ± 0.19 per cent and 6.53 ± 0.26 per cent respectively.

“The mean changes in HbA1c were not significantly different in metformin & GlycaCare-II groups, suggesting equivalent efficacy,” the researchers highlighted. A similar trend was seen in the prediabetic patients.

In the intervention group, the mean HbA1c level has reduced from 6.16 per cent to 5.87per cent.This was also seen in the controlled group, in which mean HbA1c dropped down from 6.2per cent to 5.97 per cent. The effects of the herbal formula on fasting blood sugar were more significant in the prediabetic patients.

This was a greater amount of change as compared to those who took metformin, where a reduction of 21.06 mg/dL was seen.

Similarly, the postprandial blood sugar of prediabetic patients who took the intervention also saw a greater change – from 169.59 mg/dl at baseline to 146mg/dl by the end of the study.

The group taking metformin also reported a comparable change – from 165.67 mg/dl to 148mg/dl.

“The findings in this randomised clinical study demonstrate the potential of GlycaCare-II as an alternative safe medication in the treatment of T2DM. It was also evident that GlycaCare-II possesses a similar therapeutic response as compared to metformin,” the researchers concluded.

Measles, leading cause of hearing loss in children in Ekiti — Experts