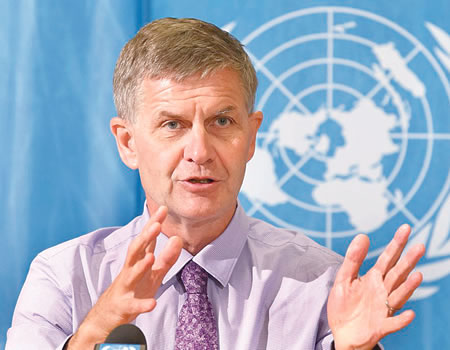 The 21st meeting of the Green Climate Fund (GCF) Board which ended on Sunday in Bahrain, and over one billion dollars of new projects and programmes to support climate action in developing countries has been approved. The Fund’s first replenishment was also launched.

The 19 new projects amount to a total investment from GCF of $1.038 billion, and including co-financing the projects will channel over USD 4,244 million of climate finance for low-emission, climate-resilient development. GCF now has a portfolio of 93 projects amounting to over USD 4,605 million of GCF resources.

At the close of the four day meeting the Board decided to launch the process for the Green Climate Fund’s first formal replenishment, marking a key moment in the development of the world’s largest dedicated fund for climate action.

Co-Chair Lennart Båge stated, “The B.21 Board meeting exceeded expectations with more than a billion dollars of important projects approved, and the launch of the GCF replenishment process.”

Co-Chair Paul Oquist stated, “Climate finance and climate project formulation are the two greatest bottlenecks to climate action in the developing countries. GCF has a critical role to play in both.”

Projects and programes approved by the board include: FP092 –  A $67.8 million for Programme for integrated development and adaptation to climate change in the Niger Basin (PIDACC/NB) in Benin, Burkina Faso, Cameroon, Chad, Cote d’Ivoire, Guinea, Mali, Niger (the), and Nigeria with AfDB.

GCF has approved 42 new projects in 2018, mobilising a total of US$8.056 billion in climate financing since the start of the year (including co-financing).

During 2018 it has also made a rapid acceleration in implementation on the ground. GCF now has 39 projects under implementation, worth USD 1.6 billion in GCF resources that are being deployed as climate finance in support of developing countries’ climate ambitions under the Paris Agreement.

How FRIN’s locust beans research breakthrough can benefit you