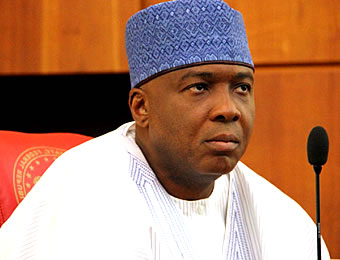 The national grazing reserve bill, it will be recalled,  is a subject of disagreement  in the Southern part of the country and some parts of the North, especially against the backdrop of the requent clashes between Fulani herdsmen and local farmers across the country, which has led to loss of lives, kidnapping and wanton destruction of property.

The bill, according to Kwankwaso, sought to establish grazing reserves and stock routes for cattle rearers in all the states of the country.

The grazing reserve bill was first sponsored by Senator Zainab Kure in the seventh Senate, but was not passed into law.

However, most of the state governors, especially in the Southern states, have expressed reservations about the desire of the Federal Government to scale through the bill, forcefully acquire lands in the states for the exclusive use of the Fulani cattle rearers.

The national grazing reserve commission bill is charged with the responsibility of using funds received from the Federal Government to acquire lands in all states of the country and develop them through the provision of boreholes, water reservoirs and other necessities for the use of cattle rearers.

The bill, it was learnt,  would help to end the recurring conflicts between nomadic Fulani herdsmen and farming communities in different parts of the country.

The bill was indifferent to the earlier stance of the Senate, which had denied the existence of such bill when the issue began to generate heat in April this year.

The Senate, however,  on April 19 this year, denied having a  bill before it seeking to establish National Grazing Commission either as private bill or from the executive arm of government.

The chairman, Senate Committee on Rules and Business, Senator Babajide Omoworare, said then, that senators had been inundated with the request by members of the public concerning the pendency of a national grazing bill in the Senate.

Omoworare, in  statement  then, said “Several distinguished senators of the Federal Republic of Nigeria have been inundated with the request by members of the public concerning the pendency of a National Grazing Bill in the Senate.

“This is to clarify that no such bill has been presented by the executive arm of government and none has so far been filed by any senator of the Federal Republic of Nigeria in the eighth Senate.

“For the avoidance of doubt, a “National Grazing Reserve Establishment and Development Commission Bill” (SB. 60) was presented by Senator Zaynab Kure (Niger Central) during the 7th Senate (2011 – 2015) which has now expired by the operations of law on the 6thJune 2015 in furtherance of Section 64(1) of the 1999 constitution of the Federal Republic of Nigeria as amended,” the statement added.

Acting IGP raises the alarm over increasing rate of crime